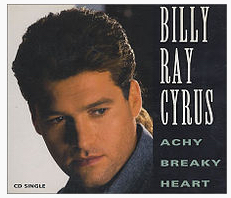 by Don Von Tress, Four Walls by Marvin Moore and George Campbell, He’ll Have to Go by Joe Allison and Audrey Allison, I’d Really Love to See You Tonight by Parker McGee, Just Once by Barry Mann and Cynthia Weil, Landslide by Stevie Nicks, Let Me Be There by John Rostill, ManEater by Sara Allen, John Oates and Daryl Hall, Ring My Bell by Frederick Knight, Satin Sheets by John E Volinkaty, Signs by Les Emerson, Tiny Dancer by Elton John and Bernie Taupin, Total Eclipse of the Heart by Jim Steinman, You Ain’t Much Fun by Toby Keith and Carl Geoff Jr. and Whiskey Girl by Scott Emerick and Toby Keith, which have been registered by the US Copyright Office.

This case has been assigned to Judge Jon E. DeGuilio and Magistrate Judge Christopher A. Nuechterlein in the Northern District of Indiana, and assigned Case No. 3:12-cv-00093-JD-CAN.BMIvGibsonComplaint