On February 18, 2020 at 12:45 pm, I will be speaking at IUPUI Center for Intellectual Property Law at Inlow Hall, Room 259. Reversal of Fortunes: Indianapolis Skyline Photo and $1,000,000 Damages (Copyright Litigation of the Year). This is a free event, however registration is required.

More information about my speech to IUPUI on February 18, 2020, Click here.

October 17, 2019.  The US Patent Office has issued an Update on “Subject Matter Eligibility.”  These Guidelines are used by the Patent Office to determine whether patent claims are eligible for protection under 35 USC 101.

Patent claims satisfy § 101’s eligibility requirement unless they are directed to an abstract idea (or other ineligible principle) and fail to add any inventive concept. Alice Corp. Pty. Ltd. v. CLS Bank Intern., 573 U.S. 208 (2014). In particular, claims that recite a specific advance in computer technology—including, for example, an unconventional arrangement of computer components—are eligible.

It is notoriously unclear to understand how should be applied.  For example , Judge Plager of the Federal Circuit (and former Dean of the School of Law and Indiana University – Bloomington) has stated that the “body of doctrine” is “incoherent,” “render[ing] it near impossible to know with any certainty whether [an] invention is or is not patent eligible.” Interval Licensing LLC, 896 F.3d at 1348 (Plager, J., concurring and dissenting). Other jurists have noted that the case law is “baffling,” “inconsistent,” and that “needs clarification by higher authority, perhaps by Congress.”   Athena Diagnostics, Inc. v. Mayo Collaborative Servs., LLC, 927 F.3d 1333, 1371 (Fed. Cir. 2019); Aatrix Software, Inc. v. Green Shades Software, Inc., 890 F.3d 1354, 1360 (Fed. Cir. 2018)

END_OF_DOCUMENT_TOKEN_TO_BE_REPLACED

Judges in the Indiana Court of Appeals issued their Opinion in the case of Neptune Generics, LLC, and Fresenius Kabi USA, LLC (collectively

“Petitioners”) versus Eli Lilly and Company. The Patent Trial and Appeals Board (the “Board”) previously held in its inter partes review (“IPR”) that claims 1-22 of Eli Lilly’s U.S. Patent No. 7,772,209 (the “’209 Patent”) were not unpatentable for obviousness. The Court of Appeals held the Board did not err in its analysis, that substantial evidence supported underlying fact findings and therefore the Board’s decision was affirmed.

The ‘209 Patent “relates to administering folic acid and a methylmalonic acid (“MMA”) lowering agent, such as vitamin B12, before administering pemetrexed disodium, a chemotherapy agent, in order to reduce the toxic effects of a pemetrexed, an antifolate.” There were three petitions for IPR relating to the ‘209 Patent for obviousness over various patents, patent applications, and articles. In each IPR, the Board found that the claims were not unpatentable for obviousness.

According to the Opinion, the Board found that it was known that pretreatment with folic acid reduces the toxicity relating to the administration of an antifolate, but there was not a reason to pretreat with Vitamin B12 in addition to folic acid before administering pemetrexed for cancer treatment. Further, the FDA, along with others, were skeptical of the treatment that supported their decision for nonobviousness.

END_OF_DOCUMENT_TOKEN_TO_BE_REPLACED 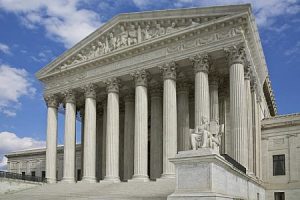 END_OF_DOCUMENT_TOKEN_TO_BE_REPLACED

The copyright at issue in this case is that for photographs of the fearless girl statue in New York City with the addition of a urinating dog. Bass licensed the photographs that she took to the New York Post. They subsequently ran an article featuring the photo 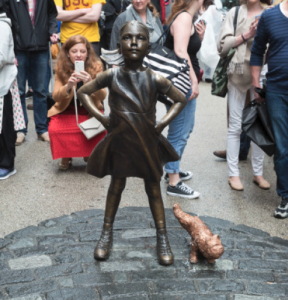 graphs on May 29, 2017 with Bass listed as the photographer. Following the release of the New York Post article, COTR ran an article on their website featuring Bass’ photographs. COTR, however, failed to license the photographs from Bass or obtain her permission or consent to publish the photographs in their article.

END_OF_DOCUMENT_TOKEN_TO_BE_REPLACED

While finding the owner of a domain name has traditionally been an easy process, as of May 25, 2018, access for WHOIS information has 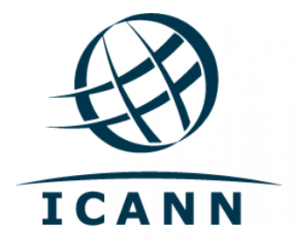 changed. In light of the General Data Protection Regulation (“GDPR”) adopted by the European Union (“EU”) in April 2016, the Internet Corporation for Assigned Names and Numbers (“ICANN”) has had to attempt to form new policies to protect registrant information. The Temporary Specification for gTLD Registration Data (“Temporary Specification”) is ICANN’s attempt to comply with the GDPR while maintaining the WHOIS system by restricting most personal data. While the personal data will not be publicly available without some effort, those with a legitimate interest in the contact information will be able to request such information through their domain registrar. They may also be able to contact the registrant through anonymized email or web forms.

The Expedited Policy Development Process (“EPDP”) initiated by ICANN will consider the adoption of the temporary specification and will likely include a discussion of a standardized access model for the restricted registration information. For any questions, you can contact the Director of Arbitration for FORUM, Renee Fossen by mail at 6465 Wayzata Blvd., Suite 480, Minneapolis, MN 55405, by phone at 952-516-6456, or email at rfossen@adrforum.com.

Indianapolis, Indiana – Plaintiff and Attorney, Richard N. Bell of McCordsville, Indiana, filed suit in the Southern District of Indiana alleging that Defendant, Joan Mattox, infringed his rights to the “Indianapolis Photo” registered on August 4, 2011 with the U.S. Copyright Office, Registration No. VA0001785115.  Plaintiff is seeking actual and statutory damages, costs, reasonable attorney’s fees and other relief deemed just and proper.

Bell has filed many copyright infringement cases on his own behalf based on his copyrights. See:

END_OF_DOCUMENT_TOKEN_TO_BE_REPLACED

Indianapolis, Indiana – Attorney Richard Bell of McCordsville, Indiana filed suit in the Southern District of Indiana alleging that Defendant, Amy Polston, infringed his rights to the “Indianapolis Photo” registered on August 4, 2011 with the US Copyright Office, Registration No. VA0001785115. Plaintiff is seeking actual and statutory damages, attorneys’ fees, and any other relief as is just and proper.

END_OF_DOCUMENT_TOKEN_TO_BE_REPLACED

Keck is a successful abstract and mixed media artist. She opened an online art gallery and her own fine art publishing company in 2006. Over 1,500 of her original paintings had sold by the end of 2006 to art collectors throughout the world. Keck has registered 22 original paintings (the “Works”) with the United States Copyright Office.

Defendant Lawrence gave an interview in 2009 stating that he creates his art by digitally manipulating existing images using Photoshop and other such computer programs. In April 2014, Keck was approached by an online distributor, Framed Canvas Art, and was given Lawrence’s contact information as a reference. In response to Keck’s email seeking information about the distributor, Lawrence stated, “I just took a look at your art – wow! You have a new fan.” Over three years later in September 2017, Keck found numerous art pieces for sale attributed to Lawrence that appeared to be unauthorized derivatives of her Works. It looked as though Lawrence would take one of Keck’s Works and then mirror or rotate it before running it through a computerized filter (creating “Unauthorized Derivative Works”).

END_OF_DOCUMENT_TOKEN_TO_BE_REPLACED

The Infringed Work was first published in 1982 and registered with the U.S. Copyright Office in 1989. Dr. Bell continues to offer for sale and market his book and derivative works such as posters and t-shirts with a specific passage known as the “WIN Passage”. He has offered and continues to offer licenses to those that may wish to publish or utilize the WIN Passage. The word mark “WINNING ISN’T NORMAL” has also been registered with the United States Patent and Trademark Office with Registration No. 4630749 for printed matter.