How does a patent infringement lawsuit begin? 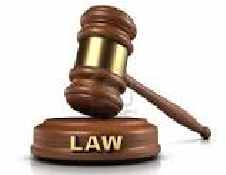 holder. If a lawsuit is filed against you, the patent owner must serve two documents on you: (1) a document called a “complaint,” which explains the accusations made against you; and (2) a document called a “summons.” The patent owner may first send a “demand” letter that states that you are potentially infringing the claims of a patent and requests that you pay for a license to use the patented invention, or it may go straight to court.

What are my options for responding to the suit?

If you are sued, you must formally respond or you will likely face significant repercussions for your failure to do so. The response must be filed with the court within the time period set and a copy must be served on the patent owner. If you do not respond, the court may enter a default judgment against you, which may order you to pay damages and/or stop infringing on one or more patent claims. If you are sued for patent infringement in Indiana, it would be wise to consult with an Indiana patent attorney to help you decide on the best course of action. In general, your options include:

These options may be pursued in or outside of court, but court-based litigation is often very expensive (costing hundreds of thousands to millions of dollars) and slow. It often takes several years before the federal district court (the court in which the patent infringement trial is held) will reach a verdict. Even if the case results in a court decision, it may then be appealed to the Federal Circuit, and potentially the U.S. Supreme Court, requiring additional time and money.

How can I tell whether or not I’m infringing?

To determine whether or not you are infringing a patent, you or your attorney would need to compare a patent’s claims and the accused product, system, or process. To infringe a patent, the accused must perform each and every element of one or more of its claims, or actively encourage, sell or offer to sell a component that leads to another’s infringement. The best way to understand each claim is in light of the description provided through the patent (called the “specification”). A person knowledgeable in the technology should be able to read the specification and be able to tell how to make and use the invention.

The written record created when the United States Patent and Trademark Office (“USPTO”) examined the patent application, called the “prosecution history” or “file wrapper,” provides further context for understanding the boundaries of the claims, especially with respect to the closest “prior art.” Prior art consists of the references (books, articles, web pages and other information) that were publicly available before the date that the application was filed. For many patents, the prosecution history is available for free via the USPTO Public PAIR (Patent Application Information Retrieval) website. If the prosecution history is not available on Public PAIR, you may order it online on the USPTO website. A registered patent lawyer can advise you regarding all of the above.

How do I find a lawyer?

Only an attorney can represent you in court. Patent litigation is a nuanced specialty. Thus, it is advisable to enlist the aid of an experienced patent litigator. A list of registered patent agents and attorneys may be obtained from the USPTO (see, e.g., Indiana patent attorney Paul B. Overhauser).

Practice Tip: Deciding simply to ignore a complaint can be a costly error. Failing to present the defendants’ account of the facts and arguments about the proper application of the law can result in the trial court considering only the plaintiff’s side of the story. In other words, if the defendants choose to leave a complaint unanswered, the court may deem the well-pled allegations of the plaintiff to have been admitted by the defendants due to their failure to deny them.

The information presented on this site does not constitute legal advice on patent law or any other legal matters. It should not be considered as a replacement for advice from an intellectual property attorney.