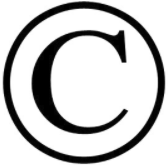 Plaintiff is a Carmel, Indiana photography company that provides commercial photography for businesses and individuals. Defendant Three-Sixty is an Indianapolis-based advertising agency. The remaining two defendants are governing bodies that promulgate rules and organize competitions for high school sports. The photos that are the subject of the suit are either copyrighted by Plaintiff, or in the application process for copyright protection.

Additionally, Plaintiff alleges that the current infringement began immediately after the Plaintiff and Defendant amicably resolved a similar infringement situation, in 2015.