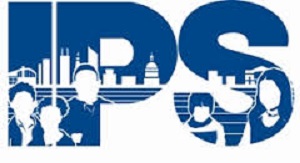 This copyright lawsuit was filed in the Northern District of Indiana, with Brooks-Nwenga acting as her own copyright attorney. The court ordered Plaintiff to show cause why the litigation should not be transferred to the Southern District of Indiana. Brooks-Nwenga argued to the court that she lived in Fort Wayne, Indiana, but the court was not persuaded by this, noting that the statute governing venue in a federal lawsuit, 28 U.S.C. § 1391(b), provides that:

a civil action may be brought in:

(1) a judicial district in which any defendant resides, if all defendants are residents of the State in which the district is located;

None of these criteria applied to this litigation. Brooks-Nwenga also contended that her prior litigation in the Southern District of Indiana had been excessively delayed and that her lawsuit had not received a fair and unbiased hearing. The court was similarly unswayed by this argument, stating that the court would “not hear appeals from other district courts.”

Finally, the court noted that, while venue in the Northern District was improper, “a substantial part, if not all, of the events or omissions giving rise to Ms. Brooks-Ngwenya’s claim seem to have occurred in the Southern District of Indiana.” Consequently, the court ordered the litigation transferred.

The case is now before was by Judge Jane Magnus-Stinson, Magistrate Judge Denise K. LaRue and assigned Case No. 1:15-cv-01648-JMS-DKL.