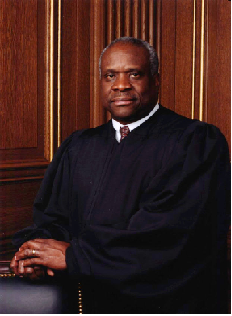 Washington, D.C. – The United States Supreme Court issued a unanimous opinion in Alice Corporation Pty. LTD v. CLS Bank International et al., Case No. 13-298. At issue was software that allows a neutral third party to ensure that all parties to a financial transaction have fully performed their obligations. The Court held that Alice Corporation’s patents should not have been issued because they (1) consisted of software created to implement an abstract idea but (2) lacked an “inventive concept” sufficient to transform the abstract idea into a patent-eligible application.

Alice Corporation owned several patents that covered a manner for mitigating “settlement risk,” i.e., the risk that one or more parties to an agreed-upon financial exchange will not satisfy their obligations. Alice Corporation’s patent claims consisted of computer software that facilitated the exchange of financial obligations between the parties. The patents-in-suit claimed (1) a method for exchanging financial obligations, (2) a computer system configured to carry out the method for exchanging obligations, and (3) a computer-readable medium containing program code for performing the method of exchanging obligations.

All of the claims were held to be ineligible for patent protection by the district court because they purported to protect to an abstract idea. The Federal Circuit, sitting en banc, affirmed, although, of the ten judges, only five agreed on the reasoning behind the holding.

The Supreme Court held for CLS Bank, affirming the Federal Circuit, and held that the patent claims were drawn to a patent-ineligible abstract idea under 35 U.S.C. § 101 and, thus, could not be patented.

In this opinion, the Court defined the Section 101 framework as having two parts. First, the court must determine if the patent claim at issue is directed toward an abstract idea. Second, it must examine the elements of the claim to determine whether it contains an “inventive concept” sufficient to transform the abstract idea into a patent-eligible application.

The Court concluded that, in the case of the software patents-in-suit, “the method claims, which merely require generic computer implementation, fail to transform [an] abstract idea into a patent-eligible invention.”

Practice Tip: Patent lawyers hoped that this much-anticipated case would clarify the extent to which software is patentable. The Supreme Court had a difficult task in drawing these lines. A ruling that allowed ideas that were overly broad and/or vague to be patented would have encouraged lawsuits by “patent trolls” and inhibited innovation by inventors who might fear that implementing their ideas would subject them to liability for patent infringement. On the other hand, a ruling that restricted the patentability of software too much could nullify thousands of existing patents and could also discourage innovation because an inventor’s resulting creation would be more difficult to patent.

The unanimous opinion was delivered by Justice Clarence Thomas (pictured above).