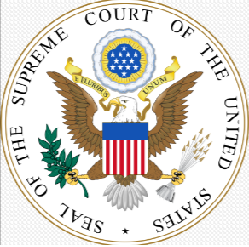 The exercise of that discretion is guided by the principle that enhanced damages are to be limited to cases of egregious misconduct. Prior to this week’s decision, it was also guided by a test elucidated by the Federal Circuit, as set forth in In re Seagate Technology, LLC. This test requires a patent owner to show two things by clear and convincing evidence: first, “that the infringer acted despite an objectively high likelihood that its actions constituted infringement of a valid patent” and, second, that the risk of infringement “was either known or so obvious that it should have been known to the accused infringer.”

In a unanimous opinion written by Chief Justice John Roberts, the Court held that while the Seagate standard reflected an appropriate recognition that enhanced damages were to be awarded only in egregious cases, the test set forth by the Federal Circuit “is unduly rigid” and “impermissibly encumbers the statutory grant of discretion to district courts.”

The Court primarily took issue with the requirement that objective recklessness be found, holding that such a threshold “excludes from discretionary punishment many of the most culpable offenders, such as the ‘wanton and malicious pirate’ who intentionally infringes another’s patent–with no doubts about its validity or any notion of a defense–for no purpose other than to steal the patentee’s business.”

The Court also noted that the Seagate test improperly allowed ex post facto defenses in considering culpability. Specifically, under the Seagate test, an infringer could rely on a defense at trial, even if he had been unaware of that defense at the time he had acted. This, the Court held, ignored the general rule that culpability is to be determined by an actor’s knowledge at the time of the conduct in question.

Finally, the Court rejected the requirement that recklessness be proved by clear and convincing evidence, finding it to be inconsistent with §284. Instead, it stated that enhanced damages are no different from patent infringement litigation in general, which “has always been governed by a preponderance of the evidence standard.”

The Court vacated the judgments of the Federal Circuit in both cases and remanded them for further proceedings consistent with the Court’s opinion.

Although this was a unanimous opinion, Justice Breyer authored a concurring opinion, in which Justices Alito and Kennedy joined.