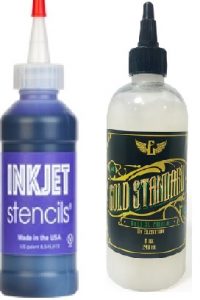 Finally, Tatuyou is seeking damages for copyright infringement pursuant to 17 U.S.C. § 504, et seq. Tatuyou claims it “has filed an application, deposit and fees with the U.S. Copyright Office relative to” its image of Inkjet Stencil bottles (“Inkjet Image”). According to the complaint, One Ink and Smead have reproduced the Inkjet Image and created a derivative work based upon the Inkjet Image. Tatuyou also claims the derivative work was published by Smead on his personal Instagram account without Tatuyou’s consent. As such, Tatuyou is seeking an injunction, damages, and fees.