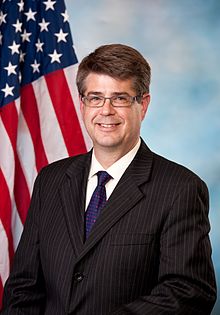 legitimate companies to prosecute their patents.

The draft legislation seeks to increase transparency and accountability to help expose and prevent fraudulent infringement claims. It would require patent demand letters to include certain basic information to help companies determine whether a letter is legitimate. It would also enhance Federal Trade Commission (FTC) authority to levy fines on fraudulent patent demand practices, and provide state Attorney General enforcement of the federal standard.

Terry stated, “Patent trolls cost American companies tens of billions of dollars each year, and are threatening job creation and innovation. We heard from countless small businesses about the destructive consequences of these scams, and after listening to these concerns, it became clear Congress needs to act to stop this growing abuse. But we must also be careful not to reach too broadly and limit legitimate business practices.”

Practice Tip: Information on the hearing, the Majority Memorandum, a witness list, and witness testimony will be available here as they are posted.