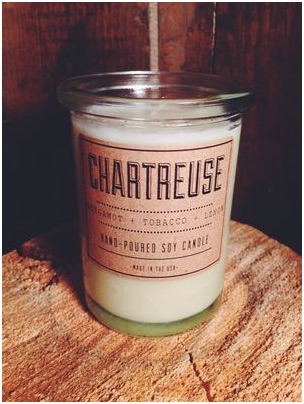 Chartreuse’s complaint, filed by an Indiana trademark lawyer, makes two claims for relief: 1) Unenforceability and Invalidity of Defendant’s Mark and 2) Non-Infringement of Trademark. It asks that Chartreuse Fragrances’ trademark be declared to be not entitled to registration; that the trademark be canceled; for a declaration that Chartreuse is not infringing, has not infringed, and is not liable for infringing the trademark; and for attorneys’ fees, costs, and expenses.

At first glance, this complaint has a number of potential areas of weakness. While this is a suit for declaratory judgment, it seems as if it may not be yet justiciable for lack of ripeness. In MedImmune v. Genentech, 549 U.S. 118 (2007), the U.S. Supreme Court revised the Federal Circuit’s test for ripeness under the Declaratory Judgment Act, which had required a reasonable apprehension of a lawsuit in order to establish jurisdiction. The Court broadened the scope of declaratory judgment jurisdiction, holding that the totality of the circumstances should be evaluated in determining the existence of “a substantial controversy, between parties having adverse legal interests, of sufficient immediacy and reality to warrant relief.”

In this case, where the only allegation of controversy is that a single assertion of infringement was purportedly made, it is unclear whether the complaint adequately alleges, under the totality of the circumstances, a controversy of sufficient immediacy to warrant jurisdiction under the Declaratory Judgment Act.

Thus, it appears somewhat more likely, without additional facts, that this trademark might properly be placed into the “arbitrary” category. A trademark is deemed to be “arbitrary” when the word used as a trademark does not suggest or describe a significant ingredient, quality, or characteristic of the goods or services but instead is used in an unexpected or uncommon way (e.g., using “Apple” for computers). Under trademark law, trademarks falling into the arbitrary category are accorded the highest level of protection, as they are deemed to be inherently distinctive.

The suit was filed by Louis T. Perry of Faegre Baker Daniels LLP. The case was assigned to District Judge William T. Lawrence and Magistrate Judge Denise K. LaRue in the Southern District of Indiana and assigned Case No. 1:14-cv-00181-WTL-DKL.