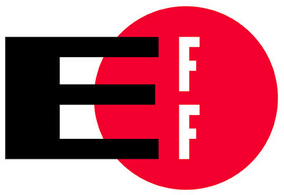 The United States Court of Appeals for the Ninth Circuit recently affirmed that copyright holders must consider whether a use of material is fair before sending a takedown notice. The ruling came in Lenz v. Universal, often called the “dancing baby” lawsuit.

In 2007, Stephanie Lenz posted a 29-second video to YouTube of her children dancing in her kitchen. The Prince song “Let’s Go Crazy” was playing on a stereo in the background of the short clip. Universal Music Group sent YouTube a notice under the Digital Millennium Copyright Act (“DMCA”), claiming that the family video infringed the copyright in Prince’s song. The Electronic Frontier Foundation (“EFF”) sued Universal on Lenz’s behalf, arguing that Universal abused the DMCA by improperly targeting a lawful fair use.

The appeals court ruled that copyright holders like Universal must consider fair use before trying to remove content from the Internet. It also rejected Universal’s claim that a victim of takedown abuse cannot vindicate her rights if she cannot show actual monetary loss.

The ruling in the Lenz case comes at a critical time. Heated political campaigns – like the current presidential primaries – have historically led to a rash of copyright takedown abuse. Criticism of politicians often includes short clips of campaign appearances in order to make arguments to viewers, and broadcast networks, candidates, and other copyright holders have sometimes misused copyright law to remove the criticism from the Internet.

“The decision made by the appeals court today has ramifications far beyond Ms. Lenz’s rights to share her video with family and friends,” said McSherry. “We will all watch a lot of online video and analysis of presidential candidates in the months to come, and this ruling will help make sure that information remains uncensored.”

For more on this case see: https://www.eff.org/cases/lenz-v-universal.