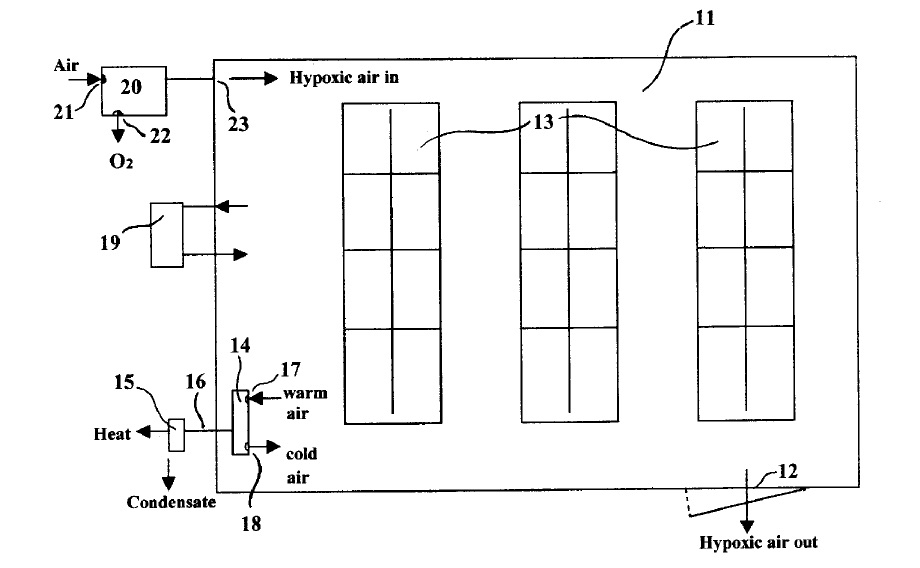 HYPOXIC FIRE PREVENTION AND FIRE SUPPRESSION SYSTEMS FOR COMPUTER ROOMS AND OTHER HUMAN OCCUPIED FACILITIES, Patent No.7,207,392, METHOD OF PREVENTINGFIRE IN COMPUTER ROOM AND OTHER ENCLOSED FACILITIES  which have been issued by the US Patent Office.

Practice Tip:   According to a press release by FirePASS, the FAA adopted FirePASS’s technology and has required its use to protect fuel tanks on commercial aircraft.  In this case, FirePASS claims the patent infringement occurred either “literally or under the doctrine of equivalents.”  Apparently, FirePASS is taking the position that any new aircraft made that comply with the FAA’s new regulation would infringe FirePASS’s patents.   The Doctrine of Equivalents “allows a court to hold a party liable for patent infringement even though the infringing device or process does not fall within the literal scope of a patent claim, but nevertheless is equivalent to the claimed invention.” The legal test, articulated in Warner-Jenkinson Co. v. Hilton Davis Chem. Co. (1997), is whether the difference between the limitation in the accused device and the limitation literally recited in the patent claim is “insubstantial.”

This case has been assigned to Judge Tanya Walton Pratt and Magistrate Judge Tim A. Baker in the Southern District of Indiana, and assigned Case No. 1:11-cv-00769-TWP-TAB