WASHINGTON, D.C. – U.S. Secretary of Commerce Penny Pritzker recently announced the appointment of Michelle K. Lee as the next Deputy Under Secretary of Commerce for Intellectual Property and Deputy Director of the U.S. Patent and Trademark Office (“USPTO”). Lee currently serves as the Director of the USPTO’s Silicon Valley satellite office and will begin her new role at USPTO headquarters in Alexandria, Virginia on January 13, 2014. 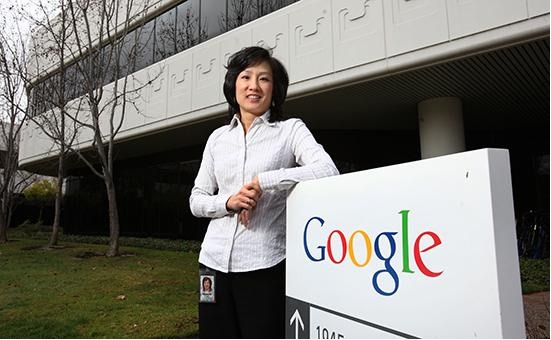 While Director of the USPTO’s Silicon Valley satellite office, Lee has served as the agency’s primary liaison with the innovation community in the Silicon Valley and West Coast, leading the establishment of a temporary office in Menlo Park and working creatively with California’s Congressional, state, and local leadership to successfully secure a permanent office location in San Jose. In that role, she has also been actively engaged in education and outreach initiatives, empowering the USPTO to more effectively develop programs, policies, and procedures to meet the needs of the West Coast innovation community. Beyond the Silicon Valley office, Lee has also played a broader role in helping shape key policy matters impacting the nation’s intellectual property (IP) system, focusing closely on efforts to continually strengthen patent quality, as well as curbing abusive patent litigation. Prior to becoming Director of the Silicon Valley USPTO, Lee served two terms on the USPTO’s Patent Public Advisory Committee, whose members are appointed by the U.S. Commerce Secretary and serve to advise the USPTO on its policies, goals, performance, budget and user fees.

“Michelle Lee has proven herself to be a tremendous asset to the USPTO and the Department of Commerce,” said Secretary Penny Pritzker. “She has a great mix of skills and experiences to assume this leadership position during a time when the administration is deeply focused on strengthening the nation’s intellectual property system. And her years of working in the IP community, both in the private and public sectors, will support the key focus on innovation and the digital economy in the Commerce Department’s new ‘Open for Business’ policy agenda. I look forward to working with her in her new capacity.”

An engineer and patent attorney by training, Lee has developed a distinguished career over the past 25 years focused on various key facets of patent law, technology, and innovation policy in private practice, industry, and the executive and judicial branches of the federal government. Prior to joining the USPTO, Lee served as Deputy General Counsel for Google and was the company’s first Head of Patents and Patent Strategy. As a patent lawyer, she also served as a partner at the Silicon Valley-based law firm of Fenwick & West, where she specialized in advising a wide range of high-technology clients from start-ups to Fortune 100 companies on all aspects of patent law, intellectual property, litigation and corporate matters. Prior to her career as a legal advisor to technology companies, Lee worked in the federal judiciary, serving as a law clerk for the Honorable Vaughn R. Walker on the U.S. District Court for the Northern District of California and the Honorable Paul R. Michel on the U.S. Court of Appeals for the Federal Circuit. Before building her legal career, Lee worked as a computer scientist at Hewlett-Packard Research Laboratories, as well as at the Massachusetts Institute of Technology (“M.I.T.”) Artificial Intelligence Laboratory. She holds a B.S. and an M.S. in electrical engineering and computer science from M.I.T., as well as a J.D. from Stanford Law School.

“I have truly valued my years working with the USPTO, both on the Patent Public Advisory Committee and more recently helping to build a robust USPTO office in the Silicon Valley,” Lee said. “One of the best parts of my experience has been working with the talented and hard-working women and men at the USPTO. In my new role, I’m excited to further my service to the agency, the Commerce Department, and the American innovation community.”

Upon assuming her role as USPTO Deputy Director, Lee will perform the functions and duties of the USPTO Director, a position that is currently vacant. In accordance with statutory law, she will assume the title of “Acting Director” once President Obama nominates a Director.

After Lee begins her new role in January, John Cabeca, a 25-year veteran of the USPTO, will serve as the Director of the Silicon Valley satellite office until the permanent office in San Jose City Hall becomes operational. Cabeca is currently the Senior Advisor to the Under Secretary for Intellectual Property and Director of the USPTO and a former Semiconductor Technology Center Director. In addition to seeing the office through its build-out and hiring, Cabeca will focus on continuing the strong education and outreach initiatives by assembling a public engagement team that will guide educational programs tailored to the Silicon Valley’s unique ecosystem of industries and stakeholders.