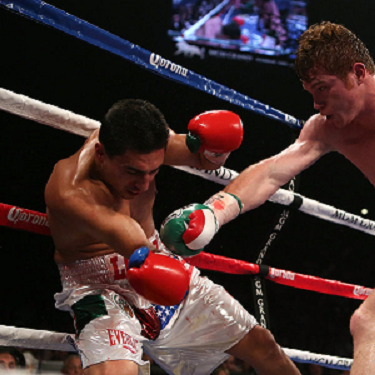 G & G states that it is the exclusive domestic commercial distributor of the Program. It has sued multiple Defendants both individually and doing business as Taqueria Los Gallos under the Communications Act of 1934 and The Cable & Television Consumer Protection and Competition Act of 1992.

Specifically, Defendants have been accused of violating 47 U.S.C. § 605 and 47 U.S.C. § 553 by displaying the Program at issue on September 15, 2012 without an appropriate license. Regarding the claim under 47 U.S.C. §605, the Complaint alleges that with “full knowledge that the Program was not to be intercepted, received, and exhibited” without authorization, “each and every one of the above named defendants . . . did unlawfully … exhibit the Program” for the purpose of commercial advantage and/or private financial gain. A count of conversion is also included. It asserts that Defendants’ acts were “willful, malicious, egregious, and intentionally designed to harm Plaintiff.”

In the Complaint, the intellectual property lawyer for G & G listed the following counts and requests for redress:

Practice Tip #1: Typically, an Indiana intellectual property plaintiff suing for interception cannot recover under both §§ 553 and 605, as the Seventh Circuit has held that those sections relate to two different kinds of piracy. Specifically, the Seventh Circuit has held that Section 553 governs the interception of cable television program traveling over a cable network. Section 605, in contrast, addresses interception of television programming traveling through the air. However, the federal appellate courts are not in agreement on this interpretation.

This Complaint is very similar to the Complaint we blogged about on Friday, which was filed by the intellectual property counsel for J & J Sports. The complained-of activity (interception) is the same, the intellectual property that was allegedly intercepted (the Program) is the same and the Defendants are the same. One can also surmise that the Plaintiffs – J & J and G & G – may be related as well. Even the mysterious page-numbering notations found at the bottom of each page – “Page PAGE 7” [sic] – are the same on both Complaints.

The suit was filed by Charlie w. Gordon of Greene & Cooper LLP. The case has not yet been assigned to a Judge or Magistrate Judge in the Northern District of Indiana; however, the case was assigned Case No. 3:14-cv-01884.