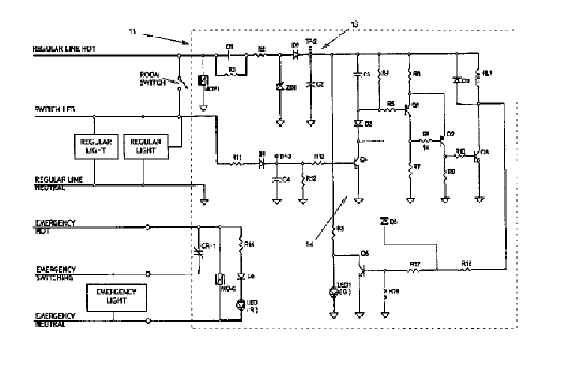 Declaratory judgment Defendant Low Voltage offers a line of electrical, low voltage, fire alarm, access control, security, video, and voice and data fiber optics products. It specializes in emergency lighting products, central-lighting inverters and power-control relays. Declaratory judgment Defendant Hermans is the owner of the ‘964 Patent. He is believed to have assigned or exclusively licensed the ‘964 Patent to Low Voltage.

Practice Tip #1: When the declaratory judgment plaintiff files in its home jurisdiction, establishing personal jurisdiction over declaratory judgment defendants is sometimes tricky and can lead to competing lawsuits in different jurisdictions. The first-to-file rule is a doctrine of federal comity that generally favors pursuing only the first-filed action when multiple lawsuits involving the same claims are filed in different jurisdictions. It was designed to avoid conflicting decisions and promote judicial efficiency. Finding an exception to the first-to-file rule requires a sound reason that would make it unjust or inefficient to continue the first-filed action.

Practice Tip #2: A court may also consider the extent to which a declaratory judgment action is anticipatory and motivated by forum shopping. However, the Federal Circuit has repeatedly held that a finding that a filing was anticipatory does not in itself constitute sufficient legal reason to transfer or dismiss the first-filed case.

The suit was filed by Holiday W. Banta and Jonathan E. Payne of Ice Miller LLP. The case was assigned to Judge Tanya Walton Pratt and Magistrate Judge Debra McVicker Lynch in the Southern District of Indiana and assigned Case No. 1:14-cv-01517-TWP-DML.