Indianapolis, Indiana – A copyright attorney for Dallas Buyers Club, LLC of The Woodlands, Texas has filed three additional complaints against Doe Defendants in the Southern District of Indiana. Two of these latest complaints include allegations against 20 separate as-yet- 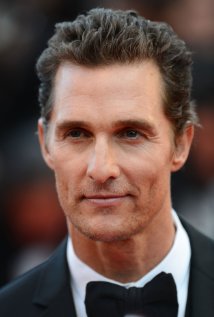 unidentified Defendants, while the third lists 16 new Defendants. The Doe Defendants are accused of infringing the copyright of the motion picture “Dallas Buyers Club,” which has been registered with the U.S. Copyright Office.

The movie in question, Dallas Buyers Club, stars Matthew McConaughey (pictured) as an AIDS patient who smuggled unapproved AIDS-treatment drugs into the United States during the 1980s for his own use and to distribute to others afflicted with AIDS. The movie was nominated for six Academy Awards and won three. Matthew McConaughey and Jared Leto also won Oscars for Best Actor and Best Supporting Actor, respectively, for their performances in the movie.

These copyright lawsuits are in addition to another similar complaint filed recently by Plaintiff, wherein 24 separate Doe Defendants were sued. In these latest Indiana copyright infringement lawsuits, filed by a copyright lawyer for Dallas Buyers Club, LLC, Plaintiff asserts that the copyrighted movie was infringed by another 56 as-yet unnamed individuals, who were sued as “Doe” Defendants.

Plaintiff alleges that this copyright infringement occurred using the “BitTorrent protocol,” which is different from the standard peer-to-peer protocol. Specifically, the BitTorrent protocol enables numerous computers, even those with low bandwidth, to exchange pieces of a computer file among themselves. Each computer that has downloaded a particular piece of a file then becomes a source from which other computers may download that piece of the file. As a result, the entirety of a computer file may be disseminated across the Internet quickly without having to rely on a central source from which to download.

Plaintiff contends that Defendants in each lawsuit acted as part of a “collective enterprise” to infringe its work and that the acts constituting the infringement were “willful, intentional, and in disregard of and with indifference” to Plaintiff’s intellectual property rights.

The court is asked to enter judgment for the following monetary and injunctive relief:

• for entry of permanent injunctions providing that each Defendant shall be enjoined from directly or indirectly infringing Plaintiff’s rights in the movie;
• for judgment that Defendants have: a) willfully infringed Plaintiff’s rights in its federally registered copyright pursuant to 17 U.S.C. §501; and b) otherwise injured the business reputation and business of Plaintiff;
• for actual or statutory damages pursuant to 17 U.S.C. §504 in an amount to be determined at trial;
• for an Order of Impoundment under 17 U.S.C. §§503 and 509(a) impounding all infringing copies of the movie that are in Defendants’ possession or under their control; and
• for attorneys’ fees, litigation expenses, including fees and costs of expert witnesses, and other costs of this action.

While the titles of Malibu Media’s copyrighted works are often fairly innocuous – “Almost Famous,” “Blonde Ambition” and “LA Plans” are among their works – the titles listed in Exhibit C were decidedly not. In response these and other Malibu Media copyright litigation tactics, one federal judge, District Judge William Conley, said, “[t]hese Internet copyright infringement cases … give off an air of extortion.” He sanctioned Malibu Media’s counsel under Rule 11 and ordered a fine of $2,200.

Mass misjoinder in copyright cases has also been flagged as impermissible in other, non-pornography, cases that assert copyright infringement against multiple defendants. In one recent Indiana copyright lawsuit, Magistrate Judge Denise K. LaRue, writing for the Southern District of Indiana, severed all but one defendant from the copyright infringement complaint of Richard Bell, an Indiana copyright attorney. The court also ordered Bell to pay separate filing fees for each new cause of action.

The suit was filed by Keith A. Vogt of Takiguchi & Vogt, LLP. The cases were assigned to District Judges Sarah Evans Barker and Jane Magnus Stinson and Magistrate Judges Mark J. Dinsmore and Debra McVicker Lynch of the Southern District of Indiana. The assigned Case Nos. are: 1:14-cv-01141-JMS-MJD; 1:14-cv-01142-SEB-DML; and 1:14-cv-01144-JMS-MJD.