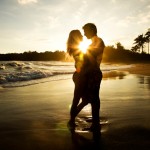 In this latest batch of lawsuits filed by copyright lawyer Paul Nicoletti, the 14 defendants, all sued under the name “John Doe” until they can be identified pursuant to a court subpoena and named, are listed as “persistent online infringer[s]” of Malibu Media’s copyrighted works. The nearly identical copyright infringement lawsuits contend that the defendants used the BitTorrent file-sharing protocol to illegally download, copy and distribute elements of various works of Malibu Media’s copyrighted material.

Malibu Media seeks a permanent injunction barring the defendants from engaging in infringing activities; an order by the court to remove infringing materials from all computers of each defendant; an award of statutory damages for each infringed work and reasonable attorneys’ fees and costs.

While the titles of Malibu Media’s copyrighted works are often fairly innocuous – “Almost Famous,” “Blonde Ambition” and “LA Plans” are among their works – the titles listed in Exhibit C were decidedly not. In response these and other Malibu Media copyright litigation tactics, one federal judge, District Judge William Conley, said, “[t]hese Internet copyright infringement cases … give off an air of extortion.” He sanctioned Malibu Media’s counsel under Rule 11 and ordered a fine of $2,200.

Practice Tip #2: Mass misjoinder in copyright cases has also been flagged as impermissible in other, non-pornography, cases that assert copyright infringement against multiple defendants. In one recent Indiana copyright lawsuit, Magistrate Judge Denise K. LaRue, writing for the Southern District of Indiana, severed all but one defendant from the copyright infringement complaint of Richard Bell, an Indiana copyright attorney. The court also ordered Bell to pay separate filing fees for each new cause of action.