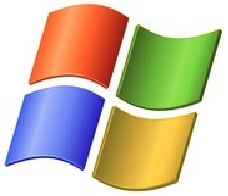 Microsoft develops, markets, distributes and licenses computer software. Ace Recycling is engaged in the business of advertising, marketing, installing, offering, and distributing computer hardware and software, including the software at issue, which Microsoft contends is unauthorized.

Microsoft’s software products, which have been registered by the U.S. Copyright Office, include Microsoft Windows XP and Microsoft Vista, both of which are operating systems for desktop and computers.

Also at issue are the following trademarks and service marks belonging to Microsoft:

• WINDOWS, Trademark Registration No. 1,872,264 for computer programs and manuals sold as a unit; and

Microsoft contends that these are not isolated incidents but, instead, indicate Defendants’ pattern of acting in reckless disregard of Microsoft’s registered copyrights, trademarks and service marks.

In this Indiana lawsuit, Microsoft’s copyright and trademark attorney makes the following claims:

• For Imposition Of A Constructive Trust Upon Illegal Profits

Microsoft also asks for the impoundment of all counterfeit and infringing copies of purported Microsoft products; the imposition of a constructive trust upon Defendants’ illegal profits; injunctive relief; damages, including enhanced damages; and costs and attorneys’ fees.

The case was assigned to Judge Joseph Van Bokkelen and Magistrate Judge Susan L. Collins in the Northern District of Indiana and assigned Case No. 1:15-cv-00032-JVB-SLC.