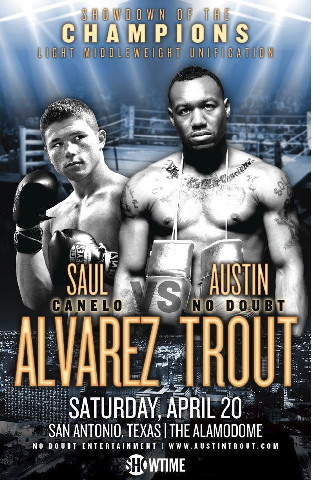 G & G states that it holds exclusive nationwide rights to the commercial, closed-circuit distribution of the Program. It has sued Zeferino Alvarez and Sabor Bohemio, LLC, both individually and doing business as El Bohemio Bar under the Communications Act of 1934 and The Cable & Television Consumer Protection and Competition Act of 1992.

Specifically, Defendants have been accused of violating 47 U.S.C. § 605 and 47 U.S.C. § 553 by displaying the Program at issue on Saturday, April 20, 2013 without an appropriate license. Regarding the claim under 47 U.S.C. §605, the Complaint alleges that with “full knowledge that the Program was not to be intercepted…[and] exhibited” without authorization, “each and every one of the above named Defendants . . . did unlawfully … exhibit the Program” for the purpose of commercial advantage and/or private financial gain. A count of conversion is also included. The complaint asserts that Defendants’ acts were “willful, malicious, egregious, and intentionally designed to harm Plaintiff.”

In the complaint, the intellectual property lawyer for G & G listed the following counts and requests for redress:

• Count III: Conversion. For this count, the court is asked to order both compensatory and punitive damages from Defendants as the result of the Defendants’ allegedly egregious conduct, theft, and conversion of the program and deliberate injury to G&G.

The case was assigned to Judge William T. Lawrence and Magistrate Judge Denise K. LaRue in the Southern District of Indiana and assigned Case No. 1:15-cv-00615-WTL-DKL.