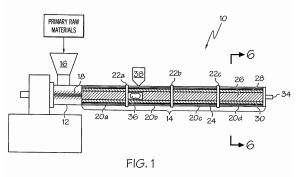 Evansville, Indiana – District Judge Richard L. Young, writing for the Southern District of Indiana in the matter of Berry Plastics Corp. v. Intertape Polymer Corp., denied Berry’s motion in limine to prohibit Intertape from proffering testimony or evidence at trial which referred to reliance on counsel or good faith in prosecuting the patent applications for U.S. Patent No. 7,476,416 (the “‘416 patent”).

The issue of Berry’s inequitable conduct claim against Intertape, which is headquartered in Montreal, Canada, remained unresolved after the jury trial and was set for a subsequent bench trial. To prevail on this claim, Berry would need to prove “by clear and convincing evidence that Intertape knew of a prior art reference, knew that it was material, and made a deliberate decision to withhold it.”

Prior to the trial on this claim, Plaintiff filed a motion in limine seeking to prohibit Defendant from proffering testimony or evidence at the bench trial that referred to reliance on counsel or good faith in prosecuting patent applications for the ‘416 patent. Full discovery regarding those issues had previously been denied to Berry and Berry argued to the court that it would unfairly prejudice its interests to deny it full discovery, yet leave open the possibility that Intertape would raise those defenses at trial.

The court denied Berry’s motion, noting three facts relevant to that decision. First, Defendant Intertape had indicated that it would not assert advice of counsel and counsel’s good faith during the bench trial. Second, the witnesses relevant to the defenses would not be called at the trial. And, finally, the court noted that it had already ruled that “the testimony upon which Berry bases its motion (and testimony strikingly similar to it) does not amount to an assertion of the defenses of reliance on advice of counsel or counsel’s good faith.”

The case is assigned to Judge Richard L. Young and Magistrate Judge William G. Hussmann in the Southern District of Indiana and assigned Case No. 3:10-cv-00076-RLY-WGH.