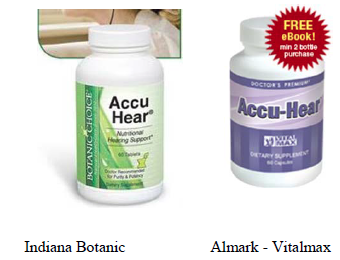 Indiana Botanic allege that it has been in the business of processing, packaging and otherwise selling variety of herbal products for many years. It contends that it has done so under the ACCU HEAR trademark, which has been registered for use in connection with dietary supplements.

In this federal complaint, filed by a trademark attorney for Indiana Botanic, the following is alleged:

The “Jurisdiction and Venue” section of this federal complaint lists additional claims – “state trademark infringement, injury to business reputation and dilution, deceptive trade practices, deceptive business practices and unfair competition under the laws of the State of Indiana” – but those claims were not included as separate counts.

The case was assigned to District Judge Joseph S. Van Bokkelen and Magistrate Judge Andrew P. Rodovich, in the Northern District of Indiana and assigned Case No. 2:15-cv-00457-JVB-APR.