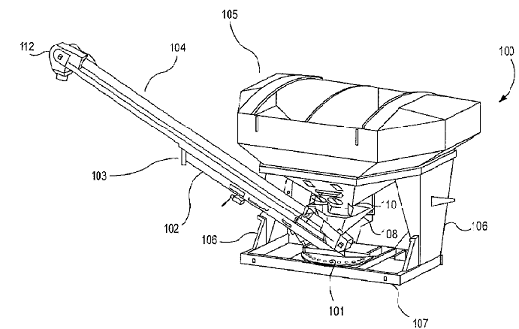 that a patent infringement defendant’s claim of inequitable conduct by the patentee had been insufficiently pled. The defendant’s counterclaim was dismissed and its affirmative defense struck.

In 2013, an Indiana patent attorney for Unverferth Manufacturing Co., Inc. of Kalida, Ohio sued Par-Kan Company of Silver Lake, Indiana alleging infringement of Patent No. 8,221,047, Seed Carrier With Pivoting Conveyor, which had been registered with the United States Patent and Trademark Office (“USPTO”).

Unverferth alleged that Par-Kan had engaged in both the “unauthorized, infringing manufacture, use, importation, sale and/or offer for sale” of the product and inducing others to infringe patented seed tender products, including its “Seed Weigh” product. Unverferth further alleged that the infringing behavior continued after Par-Kan was notified of the infringement and, as such, some or all of the infringement was willful.

In its complaint, filed by an Indiana patent lawyer, Unverferth asked for preliminary and permanent injunctions, for lost profits in an amount no less than a reasonable royalty, and that such damages be trebled. It also asked the court for a judgment that the case was “exceptional,” and that, consequently, it was entitled to all costs and expenses of the action, including reasonable attorneys’ fees.

Par-Kan interposed a claim of inequitable conduct against Unverferth, stating that two declarations of Unverferth’s Vice President of Sales and Marketing, which had been submitted to the USPTO, failed to mention all relevant facts. Par-Kan also asserted that certain statements in the declarations, such as “I am unaware of any other factors contributing to the success of the product,” were false.

The “materiality” element of the test requires a showing of “but-for” materiality – would the USPTO have allowed the claim if it had been aware of the undisclosed information? To allow the court to evaluate materiality, the alleged infringer’s pleading must include the “who, what, when, where, why and how” of the material misrepresentation or omission that it claims was made to the USPTO.

More specifically, the pleadings must identify the “who” – the specific individual associated with the filing or prosecution of the patent, who both knew of the material information and deliberately withheld or misrepresented it. They must also identify the “what” – which claims, and which limitations in those claims, the withheld references are relevant to – and the “where” – where in those references the material information is found. These assertions allow the alleged infringer to explain, and the court to infer, both “why” the withheld information is material and “how” an examiner would have used this information in assessing the patentability of the claims.

The court held that Par-Kan’s pleadings properly included the “who” and “when” components, but that they failed to meet requirements regarding the “what, where, how, and why” regarding the materiality of the alleged omissions and misstatements. Instead, the court noted that the USPTO had explicitly stated that the declarations in question were insufficient to overcome the rejections. Thus, the court held, but-for materiality had not been sufficiently pled.

The court then turned to the requirement that specific intent to deceive be shown. Deceptive intent may not be assumed from the materiality of a deception and a mere allegation of an omission is insufficient. Instead, to satisfy the inequitable conduct standard, “deceptive intent must be the most reasonable inference drawn from the evidence.” The court held that Par-Kan had failed to show that Unverferth had demonstrated deceptive intent, as other interpretations of the declarant’s intent were reasonable, including that the declarant had believed his sworn statements to be true.

The court dismissed Par-Kan’s counterclaim asserting, and struck its affirmative defense of, inequitable conduct. It stated, however, that were Par-Kan to file a motion to amend its pleadings, the court would consider whether such an amendment would be permitted.

The case was filed by Robert J. Palmer of May Oberfell Lorber. The case was assigned to Judge Theresa L. Springmann and Magistrate Judge Christopher A. Nuechterlein and assigned Case No. 3:13-cv-00097-TLS-CAN.