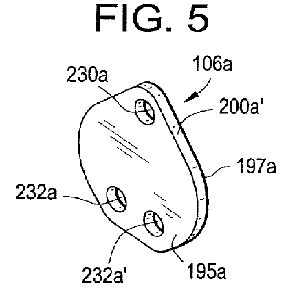 South Bend, Indiana – Indiana patent lawyers for Lippert Components Manufacturing, Inc. of Elkhart Indiana sued in the Northern District of Indiana alleging that MOR/ryde International Inc. and MOR/ryde Inc., both of which are also from Elkhart Indiana, infringed “Equalizer for Suspension System,” Patent Nos. 7,918,478 and 7,296,821, which have been issued by the U.S. Patent Office.

At issue in this litigation are U.S. Patent Nos. 7,918,478 (“the ‘478 Patent”) and 7,296,821 (“the ‘821 Patent”). These inventions pertain to “equalizers” that dampen vibrations for recreational vehicle trailers. Plaintiff Lippert contends that Defendants MOR/ryde International Inc. and MOR/ryde Inc. (collectively, “MOR/ryde”) have infringed, and continue to infringe, these patents. The accused products include MOR/ryde’s CRE/3000 and SRE/4000 equalizer products.

In this Indiana patent infringement lawsuit, the following claims are asserted:

Lippert asserts that Defendants’ acts have been willful and contend that those actions render this an “exceptional case” as that term is defined in 35 U.S.C. §285.

Lippert asks, via its Indiana patent counsel, that the court:

• Preliminarily and permanently enjoin both MOR/ryde entities and their agents from infringing, or from contributing to or inducing others to infringe, Lippert’s ‘478 Patent and ‘821 Patent;

• Award Lippert monetary damages adequate to compensate Lippert for past infringement consistent with 35 U.S.C. § 284, up to and including treble the amount of actual damages assessed, together with costs and prejudgment interest;

• Award Lippert its reasonable attorneys’ fees and costs pursuant to 35 U.S.C. §285; and

• Order MOR/ryde to provide notice to their customers of the infringing systems and of MOR/ryde’s unlawful acts.

Practice Tip #1:  A court may award increased damages for willful infringement. These extra damages are known as punitive damages. An award of punitive damages, up to and including a trebling of damages, is appropriate when an infringer has acted in wanton disregard of the patentee’s intellectual property rights. In determining whether the infringing behavior supports increased damages, the court will consider the “totality of the circumstances.”

Potential exposure for increased damages may be reduced by seeking – and acting on – timely advice from a competent patent lawyer. In contrast, the failure to seek and heed such advice may increase the probability that the court will find that the defendants have acted willfully.

Practice Tip #2: Lippert is not new to patent litigation. In fact, it has sued various competitors for patent infringement in 2003, 2008, 2012 and again in 2013. Lippert dropped the first three lawsuits. While the 2003 litigation lasted about a year and a half, the infringement actions filed in 2008 and 2012 were dropped only two months after the complaints were filed. The 2013 patent infringement lawsuit is ongoing.

Practice Tip #3: Under U.S. patent law, a trial court may award attorneys’ fees in cases of patent infringement litigation that it deems “exceptional.” Two recent U.S. Supreme Court rulings revisited how “exceptional” is defined. In part as a result of these rulings, plaintiffs filing questionable patent infringement lawsuits must exercise greater caution, as trial judges will now have greater latitude to award attorneys’ fees – including awarding fees to prevailing defendants – in those cases in which they determine that the conduct of the losing party “stands out from others.”

The suit was filed by Mark A. Hagedorn, Jonathan P. Froemel, Joseph R. Fullenkamp and Alice J. Springer of Barnes & Thornburg LLP. The case was assigned to Judge Jon E. DeGuilio
and Magistrate Judge Christopher A. Nuechterlein in the Northern District of Indiana and assigned Case No. 3:14-cv-01999-JD-CAN.