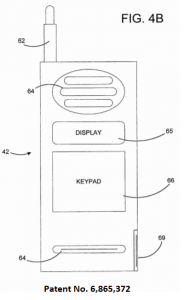 Plaintiff alleges that Defendant’s line of AccuCheck blood sugar meters infringe on the patents. Many of the meters are Bluetooth enabled, allowing them to communicate and transmit information to computers or other meters wirelessly.

Specifically, Plaintiff alleges that the manner in which the allegedly infringing devices search for and connect to other Bluetooth devices directly infringes claims of the patents.

Plaintiff has formally alleged infringement of the five listed patents and demanded a jury trial.