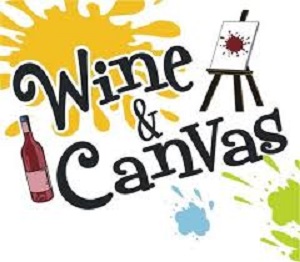 Indianapolis, Indiana – In the trademark lawsuit between of Plaintiff Wine & Canvas Development, LLC (“WNC”) and Defendants Christopher Muylle, Theodore Weisser, YN Canvas CA, LLC and Weisser Management Group, LLC, the Southern District of Indiana found that Plaintiffs had engaged in abuse of process and awarded an additional $175,882.68 in attorneys’ fees and costs to Defendant Muylle.

Following a November 2014 trial, the jury found in favor of Defendant Muylle, returning a verdict that there had been no trademark infringement or false designation of origin by Muylle. The jury also found for Muylle on his claim of abuse of process. It awarded him $81,000 from WNC, $81,000 from Scott, $81,000 from Ms. McCracken, and $27,000 from Mr. McCracken.

The court evaluated both whether the fees should be awarded and, if so, whether the amount requested, $175,882.68, was reasonable. Under Seventh Circuit jurisprudence, attorneys’ fees are available when a trademark infringement lawsuit is deemed to be “exceptional.” An example of such an exceptional circumstance under the Lanham Act would be if the plaintiff lost and was also guilty of abuse of process.

The Plaintiff in this litigation lost. At trial, Muylle contended that the trademark infringement lawsuit had been brought for the purpose of causing him to incur considerable litigation costs to put on a defense and, thus, force the closing of the business. Muylle claimed that Scott had told him during a telephone conversation that Scott expected to lose the lawsuit against Muylle but that winning was not the goal of the litigation. Instead his goal was to put Defendants out of business. The jury found that Plaintiff had engaged in abuse of process.

District Judge Tanya Walton Pratt is presiding over this litigation, Case No. 1:11-cv-01598-TWP-DKL.