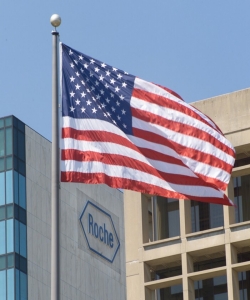 For several years prior to this trademark infringement complaint by Roche Diagnostics, PTS had sold a product under the name CardioChek, a medical device that measures blood cholesterol. Roche Diagnostics states that it did not assert its trademark rights to oppose the sale of CardioChek when it was marketed under the business name “Polymer Technology Systems.”

In March 2014, PTS announced that it was making two changes. According to a press release, it would be changing its business name to “CHEK Diagnostics” and would begin offering a line of diabetes-care products, the AICNow® family of products, which PTS had purchased from Bayer Diabetes Care. This new line of products would be offered under the CHEK Diagnostics business name. Roche Diagnostics contends the expansion into this new market, in conjunction with Defendants’ changed business name, violates its trademark rights and is likely to cause confusion, mistake and/or deception as to the source of PTS’s diabetes-care goods.

Roche Diagnostics requests that the court enjoin PTS from using “CHEK Diagnostics” as a company name or in a manner in any way related to the promotion or sale of diabetes-care products. It asks that the court direct PTS to immediately recall any materials bearing the “CHEK” business name and to order PTS to cancel or modify any pending trademark registrations that include the CHEK name.

Roche Diagnostics also seeks monetary damages as well as a declaration by the court that the use of “CHEK Diagnostics” as a company name, or in a manner in any way related to the sale or promotion of diabetes-care products, would constitute trademark infringement and unfair competition under both federal and Indiana-state law.

Practice Tip: The protection afforded to a registered trademark is not exhaustive in scope. Among the limits to its applicability are restrictions based on the type of business and product to which the trademark pertains. In this case, while Roche may have declined to object to PTS’s use of “CHEK” in conjunction with the sale of a non-diabetes-related product (here, a cholesterol-measuring product), that failure to object is unlikely to waive its right to assert infringement later if the word “CHEK” is used to market a product that is allegedly related to the product for which Roche Diagnostics owns a trademark (here, the purportedly similar line of diabetes products to be offered by PTS).

The suit was filed by John R. Maley and Jonathan P. Froemel of Barnes & Thornburg LLP. The case was assigned to District Judge Jane Magnus Stinson and Magistrate Judge Denise K. LaRue of the Southern District of Indiana and assigned Case No. 1:14-cv-00552-JMS-DKL.