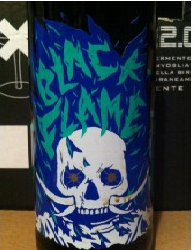 Three Floyds, Indiana’s second-largest brewer, made its Black Flame as a limited-run beer. Microbrewer White Flame, which opened in 2012, also produced a limited run of 600 bottles of a beer called Black Flame. White Flame’s version, which is aged in maple syrup bourbon barrels, was made to celebrate the company’s third anniversary.

Negotiations included lunch and beer and were concluded with the much-larger Three Floyds agreeing to discontinue use of the name after its current run of Black Flame had been completed. The matter was settled with a handshake.