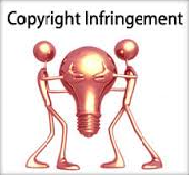 With regard to prosecution for alleged infringement of copyrighted computer programs, a court must also decide separately whether or not the copies at issue were lawfully made under 17 U.S.C. § 117, which authorizes such duplication in certain circumstances. Thus, unlike copies of other types of copyrighted works, copies of computer programs are not automatically presumed to be unauthorized.

The concept of infringement includes a host of statutory exceptions to the exclusive rights created by copyright law, many of which involve conduct that is already specifically exempted from criminal liability by the heightened proof requirements of 17 U.S.C. § 506(a) and 18 U.S.C. § 2319. Other limitations, such as the fair use doctrine and the first sale doctrine, may also apply to criminal cases.