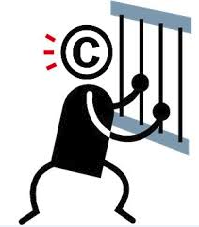 government establish that the defendant possessed criminal intent to infringe the holder’s copyrighted work. Courts generally agree that a “willful” act must be “an act intentionally done in violation of the law.”

However, in defining willfulness when it comes to copyright infringement, courts differ in their interpretations of which of the two acts – copying or infringing – requires willful intent. The minority view, endorsed by the Second and Ninth Circuits, holds that “willful” means only intent to copy, not intent to infringe. The majority view, however, looks for intent to infringe rather than merely intent to copy, thus, requiring the government to demonstrate a voluntary, intentional violation of a known legal duty.

This construction provides a rare but significant exception to the maxim that “ignorance of the law is no excuse.” Indeed, under this construction, were a defendant to satisfy the finder of fact either that he was not aware of laws prohibiting copyright infringement, or that he did not believe his acts to be infringing, such might constitute a defense to the criminal charge. It would not constitute a defense to a civil lawsuit for copyright infringement, however, as civil infringement remains a strict liability wrongdoing.