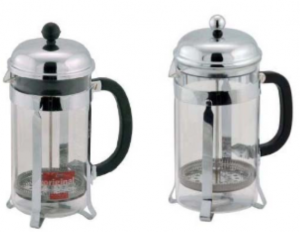 A Top claimed on appeal that its motion for judgment as a matter of law should have been granted because they believed Bodum did not prove that the elements of the Chambord trade dress were nonfunctional. Further, A Top claimed that it should be granted a new trial because it believed several utility patents were improperly excluded from evidence under Rule 403. The Court of Appeals found in favor of Bodum on each of these claims with its rationale for each explained below.

The denial of the motion for judgment as a matter of law was reviewed de novo and the evidence was reviewed in light most favorable to the jury verdict. The Court of Appeals explained that to “establish it has a valid trade dress, Bodum did not have to prove that something like a handle does not serve any function. It merely needed to prove that preventing competitors from copying the Chambord’s particular design would not significantly disadvantage them from producing a competitive and cost-efficient French press coffeemaker.” Due to the evidence presented, the Court of Appeals found the jury was not irrational in reaching their conclusion regarding the non-functionality of the elements of the Chambord French press.

The exclusion of evidence of various utility patents was reviewed for abuse of discretion, meaning the Court of Appeals would only reverse the decision “if no reasonable person would agree with the district court’s view.” United States v. Proano, 912 F.3d 431, 438 (7th Cir. 2019). Rule 403 determinations are also given “special deference” because those determinations are made on the spot during trial and appellate judges typically do not second guess those decision. A Top was not able to point to any language in the patents it was seeking to admit as evidence that claimed any of the trade dress features. Further, the district court found even if the patents were relevant, the “teeny teeny probative value” did not outweigh the “massive potential for jury confusion.” The Court of Appeals found A Top’s case was not one in which it would “second-guess the trial judge’s weighing of the probative value of the evidence with the potential for jury confusion on a Rule 403 issue” and thus affirmed the denial of A Top’s motion for a new trial.