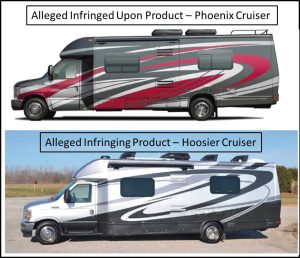 In 2017, Phoenix USA sold to the current owners Chuck and Tina Cooper.  Many of the employees became unhappy with the direction of the company under new ownership.  They left the company and started Hoosier Custom Cruisers LLC.

According to the complaint, the Defendants, used trade secrets and other information to design and build a directly competing product.

This lawsuit was removed from Elkhart Superior Court to the Northern District of Indiana.

The case was assigned to Judge Damon R. Leichty and Magistrate Judge Michael G. Gotsch, Sr. in the Northern District of Indiana and assigned Case No.3:22-cv-00855-DRL-MGG.