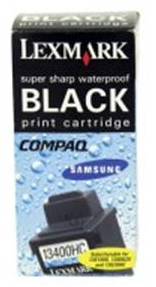 The well-established exhaustion rule marks the point where patent rights yield to the common law principle against restraints on alienation, Justice Roberts explained. While the patent owners enjoy a limited monopoly on their inventions, all of the rights secured by that limited monopoly have been enjoyed, he pointed out.

This venerable principle is not, as the Federal Circuit dismissively viewed it, merely “one common-law jurisdiction’s general judicial policy at one time toward anti-alienation restrictions.” … Congress enacted and has repeatedly revised the Patent Act against the backdrop of the hostility toward restraints on alienation. That enmity is reflected in the exhaustion doctrine. The patent laws do not include the right to “restrain[ ] … further alienation” after an initial sale; such conditions have been “hateful to the law from Lord Coke’s day to ours” and are “obnoxious to the public interest.”

Offering an example of a shop that restores and sells used cars, Justice Roberts observed that such a business “would sputter if companies that make the thousands of parts that go into a vehicle could keep their patent rights after the first sale.” While the case law on the issue has involved resale price restriction, it was the sale of the patented item that limited the enforceability of the resale price agreements, the Court noted.

In this case, once the Return Program cartridges were sold, they passed outside of the patent monopoly, the Court concluded, and whatever rights Lexmark retained are a matter of the contracts with its purchasers, not the patent law.

According to the Court, the Federal Circuit erred in interpreting the exhaustion doctrine as a presumptive grant of authority to the purchaser to use and resell the patented article, and in stating that the patentee does not have to hand over the full “bundle of rights” every time. Rather than a presumption that comes with a sale, the Court explained that the exhaustion doctrine is a limit on the scope of the patentee’s rights. “As a result, the sale transfers the right to use, sell, or import because those are the rights that come along with ownership, and the buyer is free and clear of an infringement lawsuit because there is no exclusionary right left to enforce,” Justice Roberts wrote.

The Federal Circuit expressed a misplaced concern that preventing patentees from reserving patent rights when they sell goods would create an artificial distinction between such sales and sales by licensees, Justice Roberts observed. Restrictions on licensees are acceptable, he explained, because a license does not implicate the same concerns about restraints on alienation as a sale.

Patent exhaustion reflects the principle that, when an item passes into commerce, it should not be shaded by a legal cloud on title as it moves through the marketplace. But a license is not about passing title to a product, it is about changing the contours of the patentee’s monopoly: The patentee agrees not to exclude a licensee from making or selling the patented invention, expanding the club of authorized producers and sellers. … Because the patentee is exchanging rights, not goods, it is free to relinquish only a portion of its bundle of patent protections.

The authority to limit licensees does not mean that licenses can be used to impose post-sale restrictions on purchasers that are enforceable through the patent laws. So long as a licensee complies with the license when selling an item, the patentee has, in effect, authorized the sale, and for exhaustion purposes. The licensee’s sale is treated as if the patentee itself made the sale. The licensee may be subject to restrictions from the patentee which are not observed by the purchaser from the licensee, but the only recourse for the licensee is through contract law, just as if the patentee itself sold the item with a restriction. The Court distinguished General Talking Pictures Corp. v. Western Elec. Co., 305 U. S. 124 (1938), where a licensee knowingly made sales outside the scope of its license.

Justice Roberts cited the Court’s decision in Kirtsaeng v. John Wiley & Sons, Inc., 568 U. S. 519 (2013), which found the copyright first sale doctrine to have originated with the common law prohibition against restraints on the alienation of chattels, which makes no geographical distinctions.

Patent exhaustion, too, has its roots in the antipathy toward restraints on alienation, … and nothing in the text or history of the Patent Act shows that Congress intended to confine that borderless common law principle to domestic sales. In fact, Congress has not altered patent exhaustion at all; it remains an unwritten limit on the scope of the patentee’s monopoly. … And differentiating the patent exhaustion and copyright first sale doctrines would make little theoretical or practical sense: The two share a “strong similarity . . . and identity of purpose,” … and many everyday products—”automobiles, microwaves, calculators, mobile phones, tablets, and personal computers”—are subject to both patent and copyright protections…. There is a “historic kinship between patent law and copyright law,” … and the bond between the two leaves no room for a rift on the question of international exhaustion.

The Court also rejected the argument that there is no patent exhaustion from sales abroad because there are no patent rights abroad to exhaust. Justice Roberts pointed out that exhaustion is a separate limit on the patent grant, and does not depend on the patentee receiving some undefined premium for selling the right to access the American market.

A purchaser buys an item, not patent rights. And exhaustion is triggered by the patentee’s decision to give that item up and receive whatever fee it decides is appropriate “for the article and the invention which it embodies.” … The patentee may not be able to command the same amount for its products abroad as it does in the United States. But the Patent Act does not guarantee a particular price, much less the price from selling to American consumers. Instead, the right to exclude just ensures that the patentee receives one reward—of whatever amount the patentee deems to be “satisfactory compensation,”… —for every item that passes outside the scope of the patent monopoly.

The government’s so-called middle ground position—that a foreign sale authorized by the U.S. patentee exhausts U. S. patent rights unless those rights are expressly reserved—was also rejected. The position wrongly focuses on the likely expectations of the patentee and purchaser during a sale, but exhaustion does not arise because of the parties’ expectations about how sales transfer patent rights, Justice Roberts pointed out. “[E]xhaustion occurs because, in a sale, the patentee elects to give up title to an item in exchange for payment,” he wrote.

Justice Ginsburg’s concurring and dissenting opinion agreed with the majority as to the exhaustion effect of domestic sales by patentees or licensees, but disagreed with respect to exhaustion from sales abroad. She maintained that patent law is territorial, and that because a sale abroad operates independently of the U. S. patent system, it makes little sense to say that such a sale exhausts an inventor’s U. S. patent rights.

To read the opinions in this case, click here.