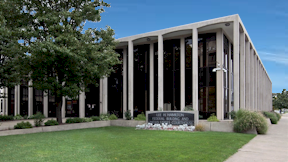 Indianapolis, Indiana – The Honorable Richard L. Young, Chief Judge of the United States District Court for the Southern District of Indiana, recently announced the selection of New Albany attorney Van T. Willis as part-time United States Magistrate Judge. Mr. Willis’ appointment will be made upon completion of a Federal Bureau of Investigation background check, a process that can take a few months. Once appointed, he will fill the vacancy created by the passing of The Honorable Michael G. Naville, who served the court from November 1995 to September 2014.

As the Magistrate Judge in the New Albany Division of the Southern District of Indiana, Mr. Willis will preside over preliminary criminal proceedings in that division. He will also continue in the private practice of law as a senior partner with the firm of Kightlinger & Gray, LLP. He has been with the firm since 1991, and his primary areas of practice are civil rights, corporate and business law, employment, insurance defense litigation, trademark and copyright infringement, and worker’s compensation. Prior to joining Kightlinger & Gray, from 1989 to 1991, Mr. Willis served as a law clerk to United States District Judge Gene E. Brooks.

Mr. Willis is also engaged in many civic activities, currently serving as president of the Governing Board of Floyd County Head Start; vice-president of the Board of Trustees of Our Lady of Providence High School; and as a member of the Board of Directors of Goodwill of Southern Indiana. Mr. Willis and his wife, Kathy, have been married for 26 years and have four children. Part-time Magistrate Judges are appointed by the Judges of the United States District Courts for terms of four years, and are eligible for reappointment to successive terms.