Indianapolis, IN – A trademark infringement lawsuit filed in Hamilton County Circuit Court has been removed to the Southern District of Indiana. Trademark lawyers for Wine & Canvas Development, LLC of Indianapolis, Indiana 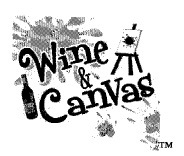 filed a recent trademark infringement suit in Hamilton County, Indiana in alleging Theodore Weisser and Christopher Muylle of Indiana, YN Canvas CA, LLC of Nevada, Art Uncorked and www.ArtUncorked.com, infringed trademarks WINE & CANVAS, COOKIES & CANVAS, PAINTING WITH A COCKTAIL TWIST, LIFE IS TOO SHORT FOR BLANK WALLS, UNLEASE YOUR INNER PICASSO, and CRUISE AND CANVAS that are registered with US Trademark Office. This case was removed to the Southern District of Indiana on December 2, 2011.

Practice Tip: The complaint appears to largely make state law claims that come out of a failed attempt to create a California franchise of Wine & Canvas. The complaint paints a picture of the defendants essentially stealing the business ideas of Wine & Canvas and opening their own entity, rather than operating the California business as a franchise. While these contract-type disputes are typically appropriately filed in state court, the fact that the plaintiff also makes trademark infringement claims resulted in the case being removed to federal court. Under the supplemental federal jurisdiction doctrine, the district court will be able to hear both the state law and federal law claims since it would clearly have subject matter jurisdiction over the trademark claim.

This case has been assigned to Judge Tanya Walton Pratt and Magistrate Judge Denise K. LaRue in the Southern District of Indiana, and assigned Case No. 1:11-cv-01598-TWP-DKL.Notice Removal From Hamilton County