Warsaw, Indiana – Apparently Orthopediatrics Corp. and Orthex, LLC (collectively “Ortho”), the Plaintiffs, own a patented method of fixing broken or deformed bones, United States Patent No. 10,258,377 (the “‘377 Patent”). Ortho claims Defendants, WishBone Medical, Inc. (“WishBone”) and Nick A. Deeter (“Deeter”), have infringed the ‘377 Patent. According to the Complaint, Deeter was an employee of Ortho from 2006 to 2013. Thereafter, Deeter apparently started WishBone in 2016.

Ortho claims WishBone’s “Smart Correction® External Fixation System” not only infringes the ’377 Patent, but that “WishBone admittedly knew of the ‘377 Patent by no later than June 2019, but proceeded to move forwarded [sic] with its infringing, copycat system.” Additionally, Ortho claims Deeter has breached his severance agreement in which he agreed not to disparage Ortho.

Ortho is seeking enhanced damages and attorneys’ fees for patent infringement pursuant to 35 U.S.C. §§ 284 and 285. Further, Ortho is seeking damages for unfair competition and false advertising under the Lanham Act. Finally, pursuant to Indiana common law, Ortho is suing Deeter for breach of contract, and both Defendants for defamation, tortious interference with contractual relationships, and tortious interference with prospective contractual relationships.

END_OF_DOCUMENT_TOKEN_TO_BE_REPLACED 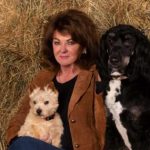 Indianapolis, Indiana – According to the Complaint, Donna Chandler (“Chandler”), one of the Defendants and owner of Co-Defendant, Show Colors, Inc. (“Show Colors”), is the author of a canine training book called “Good Dog!” Apparently, Chandler along with Plaintiffs, Kevin DeTrude (“DeTrude”) and Content & Commerce, Inc. (“Content” and collectively “Plaintiffs”), are members of nominal defendant, My K9 Behaves LLC (“My K9”). Content is allegedly in the business of website development and marketing and is owned by Keneth Zweigel (“Zweigel”). Per the Complaint, Chandler, DeTrude, and Zweigel began working on an online instruction course based upon two books written by Chandler (the “Online Class”) in January 2016. The parties apparently also discussed converting the text-based course to a video format.

Two videos were allegedly recorded and paid for by DeTrude in 2016 with a script for a third video written around February 2017. It appears Chandler, Content, and DeTrude officially formed their business on April 4, 2017, but the parties did not execute an Operating Agreement for the business until mid-June 2017, which included clauses assigning all common law and registered trademark and copyrights, including Chandler’s books and the publishing rights to My K9 (the “Assigned Rights”). Upon dissolution or the termination of Chandler’s ownership in My K9, the Assigned Rights would allegedly revert back to Chandler. According to the Complaint, shortly after the Operating Agreement was executed, a third video was recorded and paid for by Zweigel.

As My K9 was experiencing apparent success, the company entered into a Publishing Agreement for a third book to be written by Chandler with the rights assigned to My K9. Allegedly due to the length of time spent writing the book, the first Publishing Agreement was revoked, and a Second Publishing Agreement was put in place. The Plaintiffs claim Chandler then began demanding a greater portion of the profits and ultimately decided if the rights to the third book were not in her name only, she simply would not publish the third book. Chandler then apparently informed DeTrude and Content that she was withdrawing her membership in My K9 and demanded they cease and desist using her name or likeness and re-assign the Assigned Rights back to her.

DeTrude and Content are seeking a declaratory judgment of copyright and trademark ownership “including any derivative or original intellectual property created by or on behalf of My K9. Further, to the extent the Plaintiffs own any of the copyrighted works, they allege Chandler and Show Colors have infringed those works by profiting off the sale of the works individually and not for the benefit of My K9. To the extent Plaintiffs own any trademarks, they are similarly claiming trademark infringement. Plaintiffs have also brought derivative and direct claims for breach of fiduciary duty, usurpation of corporate opportunities, theft and conversion pursuant to I.C. § 35-43-4-3. Finally, Plaintiffs are claiming breach of contract for Defendants’ alleged breach of the Operating Agreement.

END_OF_DOCUMENT_TOKEN_TO_BE_REPLACED 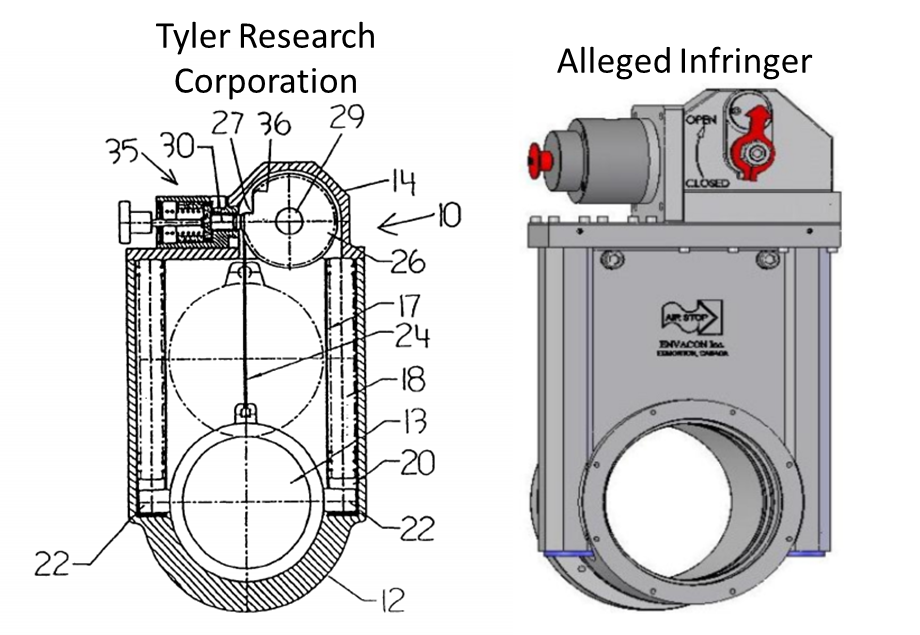 END_OF_DOCUMENT_TOKEN_TO_BE_REPLACED

Evansville, Indiana – According to the Complaint, DMI Sports, Inc. (“DMI”) entered into an Asset Purchase and License Agreement (the “Purchase Agreement”) with Arachnid, Inc. (“Arachnid”) to purchase Arachnid’s “Consumer Products Line” of dart related products in 1999. Along with the Purchase Agreement, DMI allegedly obtained a Trademark License to make and sell consumer goods under the ARACHNID trademarks (the “Licensed Marks”). Under the Purchase Agreement, Arachnid allegedly retained the ARACHNID name and trademarks to sell dart products commercially. Indian Industries, Inc. d/b/a Escalade Sports (“Escalade”), the Plaintiff, claims to have acquired DMI in 2013 along with the Trademark License. Escalade claims Arachnid 360, the Defendant, is the successor in interest to Arachnid.

END_OF_DOCUMENT_TOKEN_TO_BE_REPLACED

Indianapolis, Indiana – Jeremy Meier d/b/a Meier Photography (“Meier”), the Plaintiff, claims to be a professional photographer and owner of U.S. Copyright Registration No. VAu 1-381-446 which includes 380 photographs taken in the Spring of 2019 (the “Registered Photos”). According to the Complaint, Kelley Global Brands, LLC d/b/a KLH Audio (“KLH”), the Defendant, manufactures and sells audio equipment. Meier claims KLH used and published some of the Registered Photos without paying for the use and without the authorized consent of Meier resulting in copyright infringement.

However, the Complaint further states, that Meier and KLH “entered into an agreement pursuant to which Plaintiff agreed to take certain photos in exchange for Defendant paying for the rights to use said photos (the ‘Agreement’).” This may create an issue over whether the copyright infringement can be maintained. If KLH obtained “rights to use the Photos,” it may have a valid defense of “license.”

A similar issue was raised in the famous case known as the “exploding yogurt factory case.”

END_OF_DOCUMENT_TOKEN_TO_BE_REPLACED

Indianapolis, Indiana – Sheryl Lutz-Brown (“Sheryl”), the principal for Plaintiff, Corlinea, is a graphic designer and creator of copyrighted jewelry designs. In 2016, Sheryl claims to have developed a unique work entitled “HEARTY LOVE Design” that incorporated the word “love” into a heart shape design with one continuous line. Shortly after the “HEARTY LOVE Design”, it appears Sheryl created the “Heartlines Love Pendant” which was a heart-shaped pendant with the word “love” incorporated into the design with a continuous line. Sheryl registered both of these designs and they were assigned U.S. Copyright Registration Nos. VAu 1-301-361 and VAu 2-093-049 (the “Registered Copyrights”), respectively. Corlinea claims to own both of the Registered Copyrights by assignment. 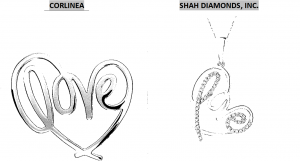 Corlinea and Defendant, Shah Diamonds, Inc. d/b/a Shah Luxury (“Shah”), are no strangers in litigation as Corlinea previously sued Shah in a similar lawsuit in 2018. The parties in that case entered into a confidential Settlement Agreement and Release and the case was voluntarily dismissed. Less than one year after Shah signed the previous Settlement Agreement and Release, Corlinea claims it discovered Shah was once again offering infringing jewelry for sale on its website.

Corlinea claims Defendants, Spath Jewelers, Inc. and Showcase Jewelers, LTD are also offering infringing jewelry for sale on their respective websites. Due to the allegedly intentional copying of the Registered Copyrights, Corlinea is seeking damages for Federal Copyright Infringement pursuant to 17 U.S.C. § 501 and breach of the Settlement Agreement and Release from the 2018 lawsuit.

END_OF_DOCUMENT_TOKEN_TO_BE_REPLACED

Indianapolis, Indiana – Attorneys for Plaintiff, Eli Lilly and Company (“Lilly”) of Indianapolis, Indiana, filed suit in the Southern District of Indiana seeking a declaratory judgment that Lilly did not misappropriate any trade secrets of Defendant, SensorRx, Inc. (“SensorRx”) of Charlotte, North Carolina, or breach a contract with SensorRx. Lilly is seeking declaratory judgment, costs, attorneys’ fees, litigation expenses, and any other relief the court deems proper.

According to the complaint, Lilly has developed an app to help manage migraines called Vega™ Migraine. Lilly claims it created the app over the course of two years, it released the app on the Apple App Store on November 5, 2019, and the app is currently available for a free download, on a limited basis. Previously, Lilly has allegedly developed other mobile apps including “Go Dose,” a diabetes management and insulin dosing app, which helped Lilly gain experience to create and develop Vega™ Migraine. Lilly claims there are over fifty migraine management and other migraine related apps available to the public and many other health apps directed to various health conditions.

Lilly alleges it began having non-confidential discussions regarding SensorRx’s app, MigrnX™, in mid to late 2018 during which SensorRx discussed the capabilities of the app and demonstrated the app’s usage to Lilly. During the parties’ second in-person meeting in January 2019, they allegedly entered into a Mutual Confidentiality Agreement (“MCA”). Per the complaint, the MCA noted any information already known, becomes known to the public, has been lawfully received without restriction, or has been independently developed without use of confidential information, is not confidential information. Lilly claims due diligence was performed by both parties subsequent the signing of the MCA. After being concerned throughout the process and disappointed after the due diligence was conducted in the level of quality and capability of MigrnX™, Lilly alleges it contacted a representative of SensorRx on or about May 28, 2019 to terminate the due diligence. END_OF_DOCUMENT_TOKEN_TO_BE_REPLACED 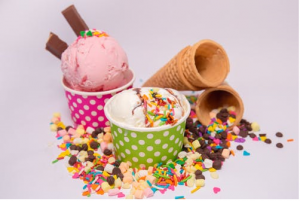