Washington, D.C. – The United States Court of Appeals for the District of Columbia handed 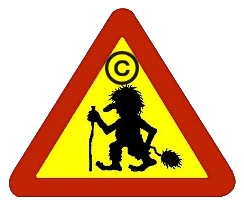 copyright trolls a major defeat recently by removing one of their most powerful tactics: the ability to sue large groups of John Doe defendants together with minimal evidence.

The case, AF Holdings v. Does 1-1058, is one of the few mass copyright cases to reach an appellate court, and the first to look into fundamental procedural problems that have tilted the playing field firmly against the Doe Defendants. With this decision on the books, it appears likely that even more federal trial courts will disallow cookie-cutter lawsuits seeking cash payouts from dozens or even hundreds of Internet subscribers.

The appeal was brought by several internet service providers (Verizon, Comcast, AT&T and affiliates) with amicus support from copyright attorneys for the Electronic Frontier Foundation (“EFF”), the ACLU, the ACLU of the Nation’s Capital, Public Citizen, and Public Knowledge.

In this case, Prenda sued 1,058 Does (anonymous defendants identified only by an Internet Protocol address) in federal district court in the District of Columbia. It then issued subpoenas demanding that Internet service providers (“ISPs”) give them the names of the Doe subscribers. The ISPs objected to this request, arguing that most of the Internet protocol (“IP”) addresses were associated with computers located outside of the court’s jurisdiction.

It was argued to the district court that joining together many subscribers in one lawsuit was fundamentally unfair and improper under the rules governing when defendants can be sued together (known as “joinder”). Lumping dozens or hundreds of Internet subscribers together, argued amici for the court, would deny them a real opportunity to explain their unique circumstances in court, such as who uses their Internet connection and when.

The district court disagreed with that argument and in August 2012 issued a decision that would allow Prenda and its fellow copyright trolls to continue these tactics. An appeal was brought to the Court of Appeals for the D.C. Circuit, an influential appellate court by several ISPs as well as amici of the court.

Recently, the appellate court ruled, reversing the district court’s holding. In doing so, it set some powerful precedents. On the issue of jurisdiction, Circuit Judge Tatel ruled that in order to subpoena ISPs for subscribers’ names, a plaintiff must show a “good faith belief” that Doe Defendants had a connection to the court’s geographic territory. Quoting EFF’s amicus brief, Judge Tatel noted that Prenda could have used simple geolocation tools to determine what state or region each Doe likely lived in, rather than suing people from all over the country in one court. “[W]e think it quite obvious,” he wrote, “that AF Holdings could not possibly have had a good faith belief that it could successfully sue the overwhelming majority of the 1,058 John Doe defendants in this district.”

The court also put a significant limit on the number of Doe Defendants who could be joined into one suit. While many people may share files in a single BitTorrent swarm over the course of days or months, the court suggested that only those who participate at the same time could be joined together in a single copyright infringement case. Delving more deeply than most courts into the workings of the BitTorrent protocol, Judge Tatel used an analogy that EFF had suggested during oral argument:

“[T]wo BitTorrent users who download the same file months apart are like two individuals who play at the same blackjack table at different times. They may have won the same amount of money, employed the same strategy, and perhaps even played with the same dealer, but they have still engaged in entirely separate transactions. And “[s]imply committing the same type of violation in the same way does not link defendants together for the purposes of joinder.”

Practice Tip #1: Limits on courts’ jurisdiction are a vital protection for the rights of defendants because, without this safeguard, Internet subscribers in Oregon (for example) could be forced to defend themselves in a distant court. That would make it even more likely that John Doe defendants would choose to pay a copyright troll a few thousand dollars to make the case go away, even if they had not infringed any copyright.

Practice Tip #2: Abusive copyright litigation tactics have not been limited to Prenda Law. Prenda, and other groups like it, have been using the subpoena power of various federal courts to identify Internet subscribers in an attempt to extract “settlements,” which typically range between $2,000 and $4,000. They seem less interested, however, in investing the time and expense needed to actually figure out who, if anyone, could be proven to have infringed a copyright. Pornography trolls use court processes not to enforce their rights or to protect a legitimate business, but to make a profitable business out of the threat of embarrassment, specifically, being accused in court documents, which are usually available to the public, of having viewed pornographic materials.

Practice Tip #3: As the only federal appeals court decision on these issues in the context of copyright trolling, this decision can be expected to have a wide impact. Although Prenda seems to have ceased its copyright lawsuit campaign after being accused of fraud by Judge Otis Wright II last year, copyright trolling continues. Over 10,000 Doe defendants were sued in federal copyright infringement cases in 2013. After this decision, however, people who try to use copyright litigation as a money-making machine will have to limit the defendants in each suit both by geographic region and by the time of their alleged copyright infringement. This gives each defendant a better chance to defend him- or herself, and will also discourage some of the most abusive lawsuits from ever being filed.

This edited article was provided by the nonprofit group Electronic Frontier Foundation, which also served as an amicus to the court in this copyright infringement litigation. Organizations such as the EFF advocate for innovators and users of technology. The article has been licensed under the Creative Commons Attribution License.