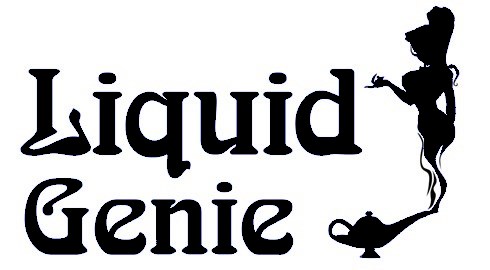 Liquid Palace manufactures, distributes and sells electronic cigarettes, also known as e-cigarettes, and related products through brick-and-mortar and e-commerce channels. Liquid Palace indicates that it began conducting business on or around March 21, 2013. It claims that, in the next few days, it registered the domain name “liquidpalace.com” and began using the trademark “Liquid Genie” along with an accompanying image of a genie. Liquid Palace submitted applications for trademarks to the U.S. Patent and Trademark Office (“USPTO”) for the “Genie” and “Liquid Genie” word marks, with an accompanying image, in November 2013.

Liquid Palace contends that it owns rights to the marks “Genie”, “Liquid Genie” and “Electronic Genie”. It claims that Defendants are using those marks and/or marks that are substantially similar. Liquid Palace asserts that these actions violate its trademark rights.

In its complaint, filed by trademark attorneys for Plaintiffs, the following counts are alleged:

Moreover, given that E Liquid Palace, LLC is the Defendants’ legal name, not the name under which they present themselves to the public, Liquid Palace is going to have a hard time showing confusion in the marketplace resulting from any similarities between the legal names of the entities.

It will also be interesting to see how the court handles any competing rights conferred by the registration of the marks at issue, given that both Plaintiff(s) and Defendant(s) have rights in federally registered marks.

Finally, the core infringement standard for trademark law is the “likelihood of confusion” test. This test imposes liability if a substantial number of consumers are likely to be confused by a defendant’s use of a trademark in which the plaintiff in the litigation has intellectual property rights. Given the exceedingly short period of time for which Plaintiffs here claim exclusive use of any mark in question, proving that consumers have come to identify Plaintiffs’ marks exclusively with their goods will be challenging.

The suit was filed by H. Kevin Eddins and Kevin J. Fiet of Eddins Domine Law Group, PLLC. The case was originally filed in Floyd County Court but later removed to the Southern District of Indiana. The case was assigned to District Judge Tanya Walton Pratt and Magistrate Judge William G. Hussmann and assigned Case No. 4:14-cv-00051-TWP-WGH.