Washington, D.C. – The U.S. Copyright Office has undertaken a study to evaluate the 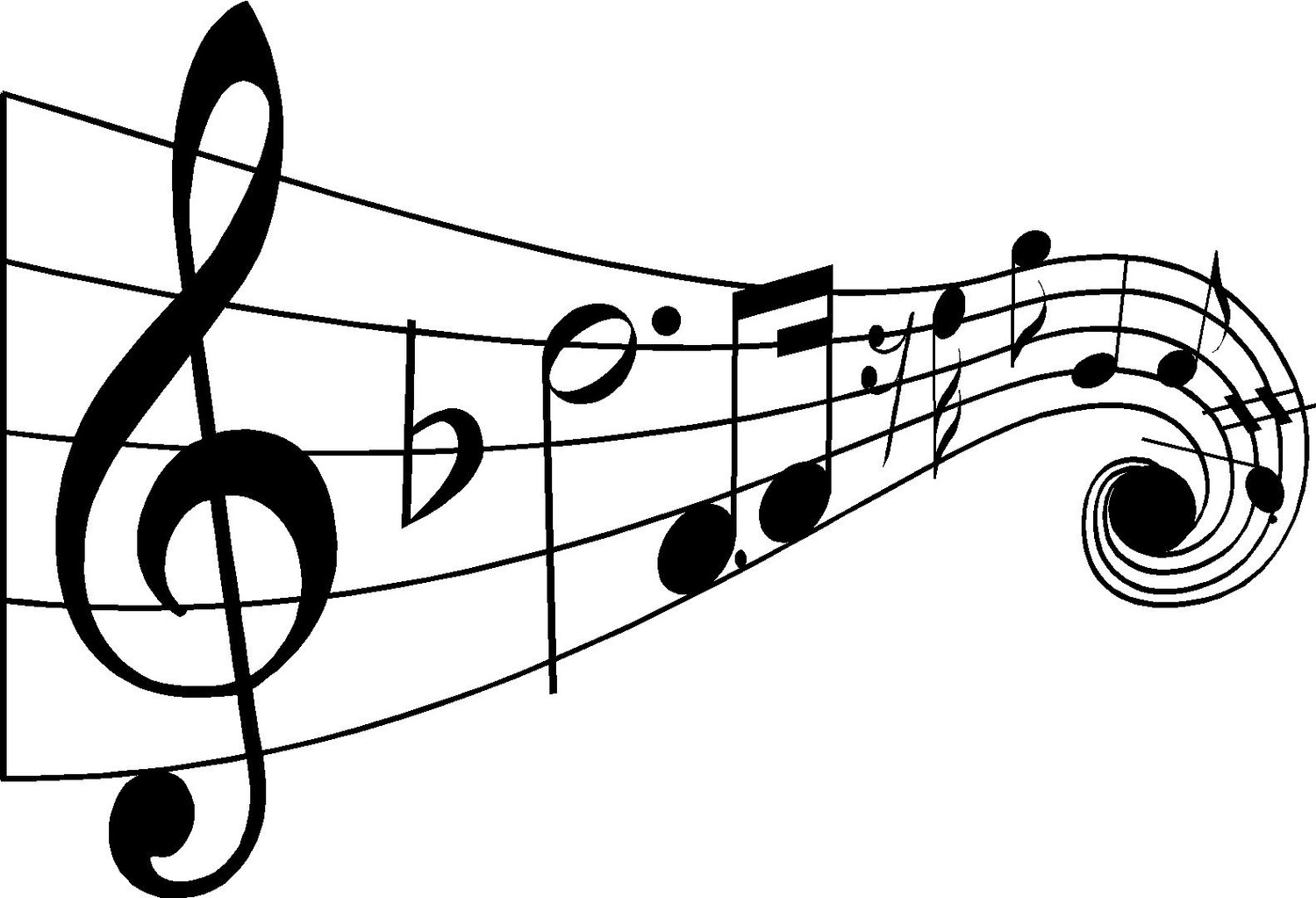 effectiveness of current methods for licensing musical works and sound recordings. It seeks additional comments on whether and how existing music licensing methods serve the music marketplace, including new and emerging digital distribution platforms.

An initial round of written comments and roundtable sessions were held, during which a number of significant issues were discussed. The Copyright Office believes these issues merit additional consideration.

First, the two federal district courts overseeing the antitrust consent decrees governing the largest performance rights organizations (”PROs”), American Society of Composers, Authors and Publishers (”ASCAP”) and Broadcast Music, Inc. (”BMI”), held in separate opinions that under those decrees, music publishers could not withdraw selected rights – such as ”new media” rights – to be directly licensed outside of the PROs; rather, a particular publisher’s song catalog must either be ”all in” or ”all out.” Following these rulings, both in public statements and at the recent roundtables, certain major music publishers have indicated that, if the consent decrees remain in place without modification, they intend to withdraw their entire catalogs from the two PROs and directly license public performances. Such a move would affect not only online services, but more traditional areas of public performance such as radio, television, restaurants, and bars.

Stakeholders at the roundtables expressed significant concerns regarding the impact of major publishers’ complete withdrawal from the PROs. Notably, traditional songwriter contracts typically include provisions that assume that a songwriter’s performance royalties will be collected by and paid directly to the songwriter through a PRO, without contemplating alternative arrangements. Songwriters and composers raised questions regarding how withdrawing publishers would fulfill this responsibility in the future, including whether they would be in a position to track and provide adequate usage and payment data under a direct licensing system. Another concern is how such withdrawals would affect the PROs’ cost structures and the commission rates for smaller entities and individual creators who continued to rely upon these organizations to license and administer their public performance rights. At the same time, some stakeholders questioned the existing distribution methodologies of the PROs, suggesting that the PROs should rely more on census-based reporting (as is typically supplied by digital services) and less on sampling or non-census-based approaches to allocate royalty fees among members.

Next, many stakeholders appear to be of the view that the Section 115 statutory license for the reproduction and distribution of musical works should either be eliminated or significantly modified to reflect the realities of the digital marketplace. While music owners and music users have expressed a range of views regarding the particulars of how this might be accomplished, much of the commentary and discussion has centered on two possible approaches. The first would be to sunset the Section 115 license with the goal of enabling musical work owners to negotiate licenses directly with music users at unregulated, marketplace rates (as the synchronization market for musical works currently operates). Some stakeholders have acknowledged, however, that such a market-based system might still have to allow for the possibility of collective licensing to accommodate individuals and smaller copyright owners who might lack the capacity or leverage to negotiate directly with online service providers and others.

A second model, advocated by the record labels, would be to eliminate Section 115 and instead allow music publishers and sound recording owners collectively to negotiate an industrywide revenue-sharing arrangement as between them. For the uses falling under this approach, a fixed percentage of licensing fees for use of a recorded song would be allocated to the musical work and the remainder would go to the sound recording owner. Record labels would be permitted to bundle musical work licenses with their sound recording licenses, with third-party licensees to pay the overall license fees to publishers and labels according to the agreed industry percentages. While musical work owners would retain control over the first recordings of their works, such an arrangement would cover not only audio-only uses but would extend to certain audiovisual uses not currently covered by the Section 115 license, such as music videos and lyric display.

Another theme that emerged from the first round of written comments and the public roundtables relates to the Section 112 and 114 statutory licenses for the digital performance of sound recordings Although there appeared to be substantial agreement that these licenses are largely effective, there was also a general consensus that improvements could be made to the Copyright Royalty Judges’ (”CRJs”) statutorily mandated ratesetting procedures. For instance, under 17 U.S.C. 803(b)(6), parties in proceedings before the CRJs must submit written direct statements before any discovery is conducted. A number of commenters believed that the ratesetting process could be significantly streamlined by allowing for discovery before presentation of the parties’ direct cases, as in ordinary civil litigation. Stakeholders were also of the view that it would be more efficient to combine what are now two separate direct and rebuttal phases of ratesetting hearings, as contemplated by 17 U.S.C. 803(b)(6)(C), into a single integrated trial – again as is more typical of civil litigation. There was also general agreement that more could be done to encourage settlement of rate disputes, such as adoption of settlements earlier in the process and allowing such settlements to be treated as nonprecedential with respect to non-settling participants.

Finally, many commenting parties pointed to the lack of standardized and reliable data related to the identity and ownership of musical works and sound recordings as a significant obstacle to more efficient music licensing mechanisms. Stakeholders observed that digital music files are often distributed to online providers without identifiers such as the International Standard Recording Code (”ISRC”) and/or International Standard Musical Work Code (”ISWC”), and that the lack of these identifiers (or other unique or universal identifiers) makes it difficult for licensees or others to link particular music files with the copyrighted works they embody. In addition to problems identifying the musical works and sound recordings themselves, commenters noted the difficulties of ascertaining ownership information, which frequently have multiple owners representing varying percentages of particular songs. These issues, in turn, relate to a more general ”transparency” concern of music creators that usage and payment information–including information about advances and equity provided by licensees to publishers and labels–may not be fully and readily accessible to songwriters, composers and artists.

The Copyright Office is currently soliciting additional comments on these subjects, as set forth in the specific questions below. Parties may also take this opportunity to respond to the positions taken by others in the first round of comments and/or at the roundtables.

1. Please address possible methods for ensuring the development and dissemination of comprehensive and authoritative public data related to the identity and ownership of musical works and sound recordings, including how best to incentivize private actors to gather, assimilate and share reliable data.

2. What are the most widely embraced identifiers used in connection with musical works, sound recordings, songwriters, composers, and artists? How and by whom are they issued and managed? How might the government incentivize more universal availability and adoption?

3. Please address possible methods for enhancing transparency in the reporting of usage, payment, and distribution data by licensees, record labels, music publishers, and collective licensing entities, including disclosure of nonusage- based forms of compensation (e.g., advances against future royalty payments and equity shares).

4. Please provide your views on the logistics and consequences of potential publisher withdrawals from ASCAP and/or BMI, including how such withdrawals would be governed by the PROs; whether such withdrawals are compatible with existing publisher agreements with songwriters and composers; whether the PROs might still play a role in administering licenses issued directly by the publishers, and if so, how; the effect of any such withdrawals on PRO cost structures and commissions; licensees’ access to definitive data concerning individual works subject to withdrawal; and related issues.

5. Are there ways in which the current PRO distribution methodologies could or should be improved?

6. In recent years, PROs have announced record-high revenues and distributions. At the same time, many songwriters report significant declines in income. What marketplace developments have led to this result, and what implications does it have for the music licensing system?

7. If the Section 115 license were to be eliminated, how would the transition work? In the absence of a statutory regime, how would digital service providers obtain licenses for the millions of songs they seem to believe are required to meet consumer expectations? What percentage of these works could be directly licensed without undue transaction costs and would some type of collective licensing remain necessary to facilitate licensing of the remainder? If so, would such collective(s) require government oversight? How might uses now outside of Section 115, such as music videos and lyric displays, be accommodated?

8. Are there ways in which Section 112 and 114 (or other) CRB ratesetting proceedings could be streamlined or otherwise improved from a procedural standpoint?

10. Please identify any other pertinent issues that the Copyright Office may wish to consider in evaluating the music licensing landscape.

Practice Tip: Written comments are due on or before August 22, 2014. All comments must be submitted electronically. More information, as well as a comment form, is posted on the Copyright Office web site at http://www.copyright.gov/docs/musiclicensingstudy/.