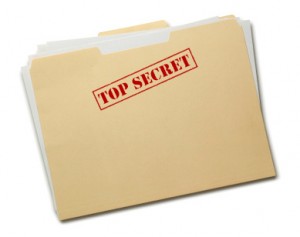 Indianapolis, Indiana – In 2013, a federal indictment including counts of theft of trade secrets belonging to Eli Lilly and Company (“Lilly”) was presented to the Southern District of Indiana. On the basis of this indictment, the court ordered Defendants Guoqing Cao and Shuyu Li, formerly employed by Eli Lilly and Company, to be detained at housing provided by Volunteers of America – Indiana (“VOA”), pending their criminal trial. When the 2013 indictment was superseded by a second indictment that did not include counts for the theft of trade secrets, the court granted Defendants’ request to be released to home detention.

On August 14, 2013, Defendants Cao and Li, two doctoral-level scientists formerly employed by Lilly, were charged with multiple counts of theft. At issue was intellectual property belonging to Lilly valued at $55 million. Counts one through three of the indictment, as well as counts five through ten, were listed as theft of trade secrets and aiding and abetting. Count four alleged conspiracy to commit theft of trade secrets.

In the initial proceedings, the United States maintained that the Defendants were traitors who had conveyed “American trade secrets” – specifically, “crown jewels” in the form of many millions worth of intellectual property belonging to Lilly – to Jiangsu Hengrui Medicine Co., Ltd., a company located in Shanghai, China. These arguments strongly impacted the court’s decision to order “lockdown” detention at the VOA.

A second indictment was later filed by the United States. Under the new indictment, the Defendants faced no charges of trade-secret theft. Instead, they were charged with one count each of wire fraud, aiding and abetting, and conspiracy to commit wire fraud. Based on the absence of allegations relating to trade-secret theft in the subsequent indictment, the Defendants asked the court to modify the terms of their detention.

The court was persuaded that such a change was warranted. It noted that there was “a difference between allegations of ‘theft of trade secrets’ and disclosure of ‘Lilly Property.'” It further stated that the earlier allegation – that Lilly’s “crown jewel” secrets had been stolen and provided to China – had been a critical factor in justifying the Defendants’ incarceration.

When the allegations of trade secret misappropriation were removed, the court found that those justifications were no longer applicable: “No longer are the Defendants accused of stealing ‘trade secrets’–those words are found nowhere in the superseding indictment” and released the Defendants from lockdown to the less-restrictive conditions of home detention.

Practice Tip #1: Nine Lilly trade secrets pertaining to pharmaceuticals under development for cardiovascular disease, diabetes and cancer were at issue in this Indiana criminal prosecution for theft of intellectual property.

Practice Tip #2: Defendants’ home detention restricts individuals to their residence at all times except for employment; education; religious services; medical, substance abuse, or mental health treatment; attorney visits; court appearances; court-ordered obligations; or other activities approved in advance by the pretrial services office or supervising officer. Defendants were also ordered not to access or use any internet-enabled device with the exception of utilizing email to communicate with counsel.

The case was filed by Cynthia J. Ridgeway, Assistant United States Attorney. The case was assigned to District Judge William T. Lawrence and Magistrate Tim A. Baker in the Southern District of Indiana as Case No. 1:13-cr-00150-WTL-TAB.