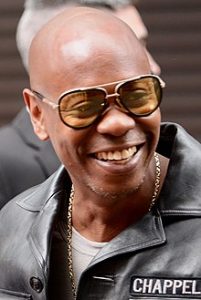 According to the Complaint, Chappelle then used material from Gatewood’s performance in Chappelle’s standup special “Deep in the Heart of Texas” on Netflix. As Chappelle was allegedly paid $20 Million and the joke was exactly one minute long, Gatewood is seeking $303,030.30.

Unfortunately, the very short Complaint does not disclose the allegedly stolen joke and does not disclose or specifically allege any copyright registration or infringement. Further, while Gatewood lives in Indiana, the alleged theft took place in Illinois and Chappelle lives in Ohio, so jurisdiction may be another hurdle for Gatewood.

The case was assigned to Judge Philip P. Simon and Magistrate Judge John Martin in the Northern District of Indiana and assigned Case No. 2:21-cv-00186-PPS-JEM.