According to the Complaint, Monster is “the best-selling energy drink brand in the United States” being sold in over 370,000 retail outlets in the U.S. Additionally, Monster claims it has been licensing the Claw Icon to gyms for use on gym equipment including heavy bags, boxing gloves, and banners since 2013. Since 2002, Monster asserts it has spent over $8.5 billion dollars promoting and marketing the MONSTER brand including the Claw Icon and the Monster Trade Dress.

Apparently, R&R Medical, LLC d/b/a Bear Komplex (“Bear”), the Defendant, is in the business of selling fitness-related products and apparel. Monster claims Bear’s logo consisting of a claw mark design in a green and black color scheme is confusingly similar to the Claw Icon and Monster Trade Dress. Further, Monster claims the products sold by Bear using the allegedly infringing logo are competitive with Monster’s products as they are fitness equipment or fitness-related products, which are marketed and purchased by the same type of consumers. 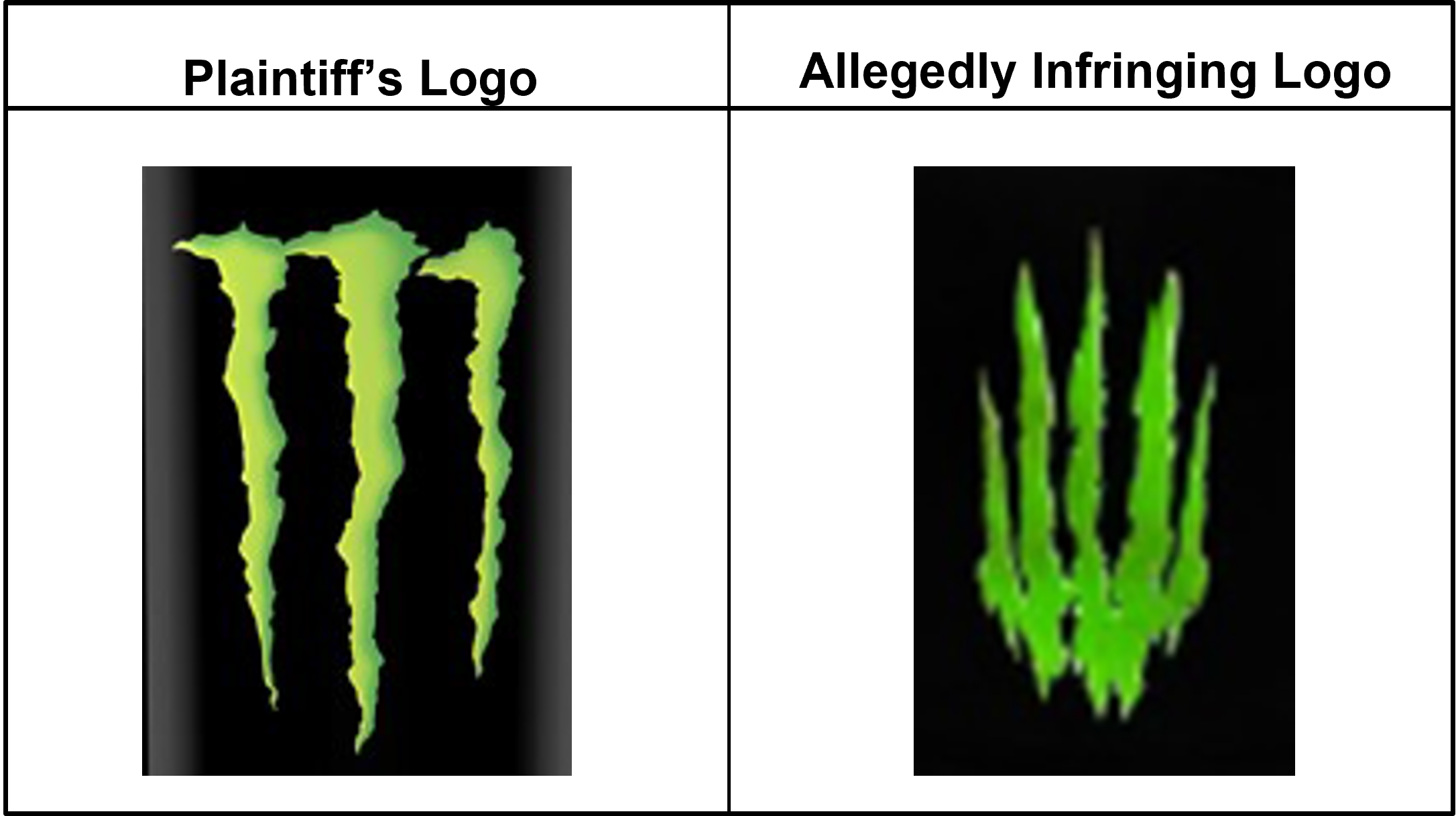 The parties allegedly discussed this issue following a cease and desist letter sent to Bear in July 2019 informing it “that the sale of its ‘Grip, Calicure, & Doc Spartan Monster Bundle’ and its use of green in proximity to a claw icon on those products infringed Monster’s intellectual property rights.” While Bear apparently agreed to discontinue use of the word “Monster” in connection with its bundle, it appears it thereafter added a black and green color scheme to its products, website, and Instagram account. Following further cease and desist communications, it does not appear Bear has discontinued its use of its claw logo in connection with a black and green color scheme.

The case was assigned to Judge Philip P. Simon and Magistrate Judge Joshua P. Kolar in the Northern District of Indiana and assigned Case No. 2:21-cv-00179-PPS-JPK.