Washington, D.C. – The United States Court of Appeals for the Federal Circuit concluded in a six-to-four decision that the rule in Cybor – that claim construction is an issue of law subject 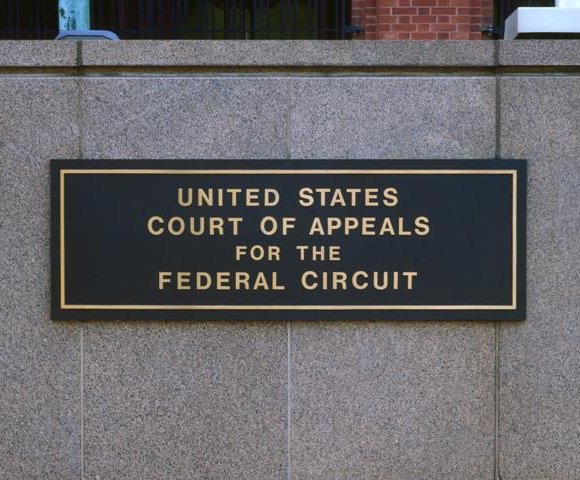 to de novo review on appeal – will be retained under the principles of stare decisis.

In 1998, the Federal Circuit, sitting en banc, decided Cybor Corp. v. FAS Technologies, Inc. Among the issues in Cybor was the standard of appellate review of district court decisions concerning the meaning and scope of patent claims (“claim construction”). The Federal Circuit held that, for purposes of appellate review, claim construction was to be considered to be a question of law, not one of fact, and subject to de novo review.

The court, again sitting en banc, retained the rule, as stated in Cybor, that no deference will be given by the appellate court to the trial court’s decisions concerning the meaning and scope of patent claims.

Among the arguments presented for reversal of Cybor was an assertion that treating claim construction as a matter of law increases uncertainty, “negates settlement and increases litigation costs.” The court found these arguments unpersuasive. Instead, it discussed two reasons to maintain the Cybor rule.

The court cited the ruling of the U.S. Supreme Court in Markman v. Westview Instruments, Inc., 517 U.S. 370 (1996) (also known as “Markman II“), in which the Court had stressed that issues of claim construction should be considered “purely legal.” Moreover, the Supreme Court has emphasized the importance of “uniformity in the treatment of a given patent.” For example, the possibility of differing claim constructions could lead to different results for infringement and validity, as well as the possibility of disparate district court constructions. De novo review by an appellate court ensures national uniformity, stability and predictability in claim construction.

The court also cited the rule of stare decisis in its refusal to abandon the fifteen-year-old rule established in Cybor and the subsequent years of experience with that rule, stating that it had been presented with “no argument of public policy, or changed circumstances, or unworkability or intolerability, or any other justification for changing the Cybor methodology and abandoning de novo review of claim construction.” The court held that the demanding standard for departure from established law had not been met and retained the de novo review of claim construction established in Cybor.

Practice Tip #1: The issues addressed in claim construction are not considered to be questions of weight of the evidence or credibility of witnesses, but rather of the scope of the claims as set forth in the patent documents.

Practice Tip #2: Claim construction is typically conducted relatively early in the trial court’s proceedings, before addressing questions such as patent infringement, patent validity and damages. At the outset, the trial court must establish the metes and bounds of the claims that define the scope of the intellectual property.

Practice Tip #3: In a dissent that was, at times, strongly worded, Judge O’Malley opined that “no one in the legal community–except perhaps the members of the majority–has come to believe that either the wisdom or vitality of Cybor is settled.” She cited previous statements of Circuit Judges who challenged Cybor as improperly relying on the legal fiction that there are no facts to be decided in claim construction and as “profoundly misapprehend[ing]” the Supreme Court’s decision in Markman.

This patent litigation, Case No. 2012-1014, was heard en banc in the United States Court of Appeals for the Federal Circuit by Chief Judge Rader and Circuit Judges Newman, Lourie, Dyk, Prost, Moore, O’Malley, Reyna, Wallach and Taranto. Circuit Judges Chen and Hughes took no part in the consideration or decision of the case.