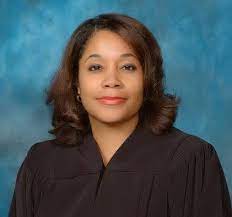 The United States District Court for the Southern District of Indiana is under new leadership. The Honorable Tanya Walton-Pratt was sworn in on March 20, 2021 and is the first person of color to serve as the Southern District of Indiana’s chief judge. She succeeds Judge Jane E. Magnus-Stinson. Chief Judge Pratt was appointed as a district judge on June 15, 2010, becoming the first African-American federal judge in Indiana history.

In 1981, Chief Judge Pratt received her B.A. from Spelman College in Atlanta, Georgia, and in 1984, she received her J.D. from Howard University School of Law in Washington, D.C.  Chief Judge Pratt received the Rabb Emison Award from the Indiana State Bar Association in 2015, the Antoinette Dakin Leach Award from the Indianapolis Bar Association in 2017, Howard University’s Distinguished Alumna Award in 2020, an Honorary Doctor of Law degree from Ball State University in 2011, and an Honorary Doctor of Law degree from Franklin College in 2017.