Indianapolis, Indiana – The Court of Appeals of Indiana has affirmed the decision of the 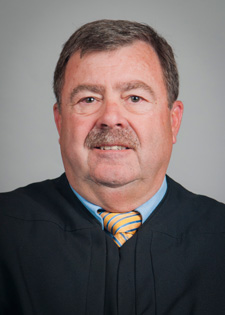 In 1998, Smith began working for Clark’s, a company that sells and services appliances in the builder-distributor market in Indiana. In 2004, after one of Clark’s high-level managers left for a competitive position at another company, Clark’s had Smith and various other employees sign a written employment agreement containing both a confidentiality clause and a noncompetition agreement.

Smith resigned his position at Clark’s on April 13, 2012 but, before doing so, he took copies of Clark’s sales records from 2010 and 2011, including customer and builder contact information, the price of materials sold and the costs and profit margins of Clark’s. On April 18, 2012, he accepted an offer of employment with Ferguson, a nearby competitor. In his new position, he solicited business from various customers of Clark’s.

Indiana attorneys for Clark’s sued to enforce the confidentiality and noncompetition provisions of the agreement entered into with Smith. The trial court concluded that the restrictive covenant that Clark’s drafted was overly broad and unreasonable, and denied Clark’s motion for a preliminary injunction. From that order, this interlocutory appeal was brought.

The Indiana appellate court first discussed whether Clark’s had a legitimate and protectable interest, defined as “some reason why it would be unfair to allow the employee to compete with the former employer.” Indiana courts have held that “the advantageous familiarity and personal contact which employees derive from dealing with an employer’s customers are elements of an employer’s ‘good will’ and are a protectible interest which may justify a restraint.” The appellate court held that, while the trial court had not explicitly stated that it had found such a protectable interest, such a finding was implicit in its ruling. The appellate court ruled that the trial court had not erred by determining that Clark’s had established this element. 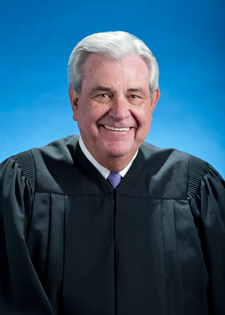 The appellate court held that the one type of activities prohibited – Clark’s restrictions against contact with any of its past or prospective customers – was vague and too broad. The agreement also prohibited not merely those activities which Smith had engaged in during his tenure at Clark’s, but also prohibited him from providing any services competitive to “those offered by” Clark’s. That provision was held to be “overly broad, onerous, and an undue restriction on Smith’s economic freedom” and, thus, unenforceable.

The restrictions placed on the geographic area in which Smith could work were also evaluated. Those restrictions included working “in any state in which Gregg [Smith’s previous employer] does business, as well as working for any other entity providing services competitive to Clark’s in Marion County, any county contiguous to Marion County, any county in Indiana in which Clark’s has at least one customer, the State of Indiana, or within a fifty-mile radius of Smith’s principal office with Clark’s, which was in Castleton.” The appellate court held that it was “unquestionable that the expansive geographic scope . . . is unreasonable as written.”

Finally, the court addressed the “blue-pencil doctrine.” This doctrine allows a court to strike unreasonable restrictions in a covenant not to compete, provided that they are divisible. However, this doctrine does not extend to allow a court to create a reasonable restriction, as this would subject the parties to an agreement that they have not made.

The court held that blue pencil doctrine was inapplicable, as the terms that Clark’s proposed be stricken had been written as merely a small part of an indiscrete whole. Moreover, it held that, even if it were to strike the text that Clark’s had proposed be stricken, the restrictions would still be overly broad and in excess of what would be required to protect Clark’s legitimate business interest.

The Indiana appellate court affirmed the trial court, holding that its judgment was not clearly 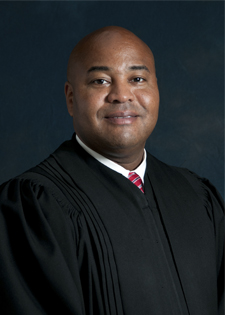 Practice Tip #1: To demonstrate the reasonableness of a noncompetition agreement, the employer must first show that it has a legitimate interest to be protected by the agreement. The employer also bears the burden of showing that the agreement is reasonable in terms of the time, activities, and geographic area restricted.

Practice Tip #2: Covenants not to compete are in restraint of trade and are not favored by the law. If a court applying Indiana law finds that portions of a noncompetition agreement are unreasonable, it may not modify the restrictions to make them reasonable. Doing so would subject the parties to an agreement they had not made. The court may, however, employ the “blue pencil” rule to “cross out” portions deemed unreasonable while leaving any separable and reasonable portions intact.

Practice Tip #3: This is at least the second time that the Indiana Court of Appeals has heard an interlocutory appeal on this non-compete litigation. In a prior appeal, the Court of Appeals reversed the trial court, which had improperly concluded that the noncompetition agreement failed for lack of consideration. We blogged about that appeal here.

Practice Tip #4: While Appellant-Plaintiff here argued that broad drafting was permissible and simply a “good faith effort to provide itself the greatest level of protection allowed by law,” the Indiana appellate court did not agree. Instead, it called the practice “unsavory” and reminded Clark’s that “Indiana law strongly discourages employers’ attempts to draft unreasonably broad and oppressive covenants.”

The case was assigned to Judges Crone,(pictured at the top) Barnes (pictured in the middle) and Pyle (pictured at bottom) in the Court of Appeals of Indiana and assigned Case No. 49A02-1306-PL-552.