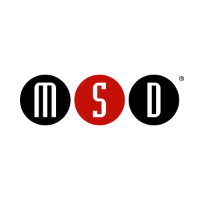 At issue in this patent-related lawsuit is the right to use patented Electrochemiluminescence (“ECL”) technology owned by BioVeris Corporation. ECL is a detection technology that uses electricity, chemistry and light to detect and measure the presence of specific molecules in a test sample. It is used to detect, monitor, and guide the treatment of disease and other conditions.

Indiana patent lawyers for Roche Diagnostics filed this action for declaratory judgment seeking a judgment declaring that it has not infringed Meso’s license rights in the ECL technology. Roche also seeks an award of attorney’s fees and costs.

Practice Tip: Because the validity of the BioVeris’ patents is not in dispute, and because Roche Diagnostics concedes that some of its products include BioVeris’ patented ECL technology, BioVeris was not included as a party in this lawsuit.

The case was assigned to Judge Tanya Walton Pratt and Magistrate Judge Tim A. Baker, in the Southern District of Indiana and assigned Case No. 1:15-cv-01675-TWP-TAB.