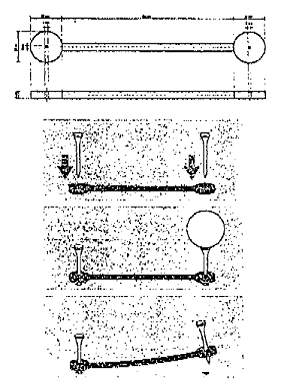 South Bend, Indiana – An Indiana patent attorney for Plaintiffs Never Lost Golf, LLC of South Bend, Indiana; Michael Carnell, a domiciliary of California who resides in Berlin, Germany and who does business as The Never Lost Golf Tee Saver and The Never Lost Golf Tee Saver Mat System (“NLG”); and Teresa O’Keefe and Grant Holloway, Trustees for the N.L.G. Living Trust filed a lawsuit in the Northern District of Indiana alleging infringement of NLG’s German Patent A63B 57/100, which has been filed with the German Patent Office. Patent protection for NLG has also been sought with the U.S. Patent and Trademark Office.

Three Defendants in this litigation, Maia Steinert, Chrisoph Stephan and Ralf Menwegen, are partners and/or members of Steinert & Stephan, a German law firm. Steinert has been accused by Plaintiffs of “aggregious [sic] conduct in asserting ownership interest in the NLG German patent.” Stephan and Menwegen were accused of having been “involved in the patent process.”

Carnell contends that he retained Steinert & Stephan in 2010 to represent him in filing for a German patent for the Never Lost Golf product. He adds in his complaint that any intellectual property rights obtained by these filings were supposed to accrue to him alone. Carnell asserts that, subsequent to hiring the Steinert & Stephan and utilizing their services in pursuit of a German patent, Steinert applied for a Never Lost Golf patent with the United States Patent and Trademark Office. This filing, states Carnell, includes an assertion by Steinert that she was the sole owner of the patent rights associated with the NLG product. He states that her actions demonstrate an attempt to illegally claim rights to intellectual property that she knew was not hers, both in the United States and in Germany.

Two additional Defendants, Markus Schumann and Harribert Pamp, have been named as co-conspirators. Plaintiffs contend that they conspired with Steinert to commit fraud and perjury in support of Steinert’s assertion of ownership in NLG’s German patent.

The case was assigned to Judge Joseph S. Van Bokkelen and Magistrate Judge Christopher A. Nuechterlein in the Northern District of Indiana and assigned Case No. 3:15-cv-00489-JVB-CAN.