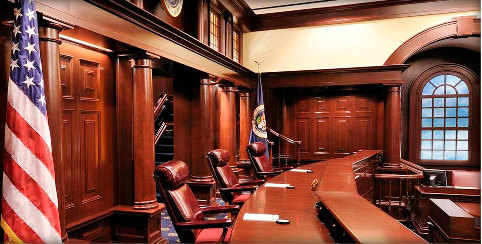 Washington, D.C. – In the matter of Ultramercial Inc. v. Hulu, LLC et al., a patent attorney for Ultramercial, Inc. and Ultramercial, LLC appealed to the United States Court of Appeals for the Federal Circuit asserting that the District Court for the Central District of California erred in granting Defendant Wildtangent, Inc.’s Motion to Dismiss.

Applying the U.S. Supreme Court‘s 2014 ruling in Alice Corp. v. CLS Bank Int’l, the Federal Circuit concluded that a method of offering free, streamed video in exchange for viewing an advertisement is not patent eligible. According to the court, the claims were directed to abstract ideas containing no element or combination of elements to ensure that the patent claims significantly more than the abstract idea itself.

While the court’s opinion disclaimed any intent of holding that all claims in all software-based patents will necessarily be directed to an abstract idea, it said this conclusion is warranted as to this claim. In a concurring opinion, Judge Mayer made three points: (1) patent eligibility is a threshold question, (2) there is no presumption of eligibility, and (3) Alice set out a technological arts test for patent eligibility.

Under Alice, the first step of the analysis is to determine if the claim was directed to a patent-ineligible concept, the court began.  The method claim in question set out eleven steps, including receiving media, selecting an ad, offering sale on the Internet, limiting public access, offering for sale to the public in exchange for the selected ad, receiving the consumer’s request to view the ad, facilitating display of the ad, allowing consumer access to the media and if the ad is interactive, updating an activity log, and receiving payment from the ad sponsor.

In his opinion for the Court, Judge Lourie wrote “[t]his combination of steps recites an abstraction–an idea, having no particular concrete or tangible form.” The steps all describe an abstract idea, “devoid of a concrete or tangible application,” he explained, adding the following: “Although certain additional limitations, such as consulting an activity log, add a degree of particularity, the concept embodied by the majority of the limitations describes only the abstract idea of showing an advertisement before delivering free content.”

Nor does the addition of merely novel or non-routine components to the claimed idea necessarily turn an abstraction into something concrete, the court added. In any event, the novelty in implementation of the idea was a factor to be considered only in the second step of the Alice analysis, Judge Lourie wrote.

For the second step of the analysis–determining if elements or a combination of elements transform the claims to patent-eligible subject matter–the court examined the limitations of the claim, noting that they must disclose features that are more than “well-understood, routine, conventional activity.”

None of the 11 individual steps, viewed both individually and as an ordered combination, transformed the nature of the claim into patent-eligible subject matter, the court concluded.The majority of those steps comprised the abstract concept of offering media content in exchange for viewing an advertisement. Adding routine additional steps such as updating an activity log, requiring a request from the consumer to view the ad, restrictions on public access, and use of the Internet did not transform an otherwise abstract idea into patent-eligible subject matter. Instead, the claimed sequence of steps comprised only “conventional steps, specified at a high level of generality,” which is insufficient to supply an “inventive concept.” Instead, the steps of consulting and updating an activity log represented insignificant “data-gathering steps” and, thus, added nothing of practical significance to the underlying abstract idea. Further, that the system was active, rather than passive, and restricted public access also represented only insignificant “[pre]-solution activity,” which was also not sufficient to transform an otherwise patent-ineligible abstract idea into patent-eligible subject matter.

The invocation of the Internet added no inventive concept, the court explained, observing that, as an attempt to limit the use of the abstract idea to a particular technological environment, it was also insufficient to save the claim. “Given the prevalence of the Internet, implementation of an abstract idea on the Internet in the case is not sufficient to provide any “practical assurance that the process is more than a drafting effort designed to monopolize the [abstract idea] itself,” Judge Lourie wrote. The fact that some of the eleven steps were not previously employed in this art, standing alone, was not enough to confer patent eligibility here, he added.

While the “machine or transformation” test can provide a useful clue to patent eligibility, Judge Lourie acknowledged, he pointed out that this claim was not tied to any machine other than a general purpose computer. Nor was there any sufficient “transformation” insofar as the subject matter of claim merely involved the granting of access and the exchange of money. These were insufficient, according to the court, because they were neither physical objects or substances nor representative of physical objects or substances.

In his concurring opinion, Senior Judge Mayer stressed three separate points: (1) the subject matter requirements of 35 U.S.C. §101 were a threshold matter to be addressed at the outset of the litigation; (2) the issues of Section 101 were not subject to a presumption of patent eligibility; and (3) the Alice decision, for all intents and purposes, set out a technological arts test for patent eligibility.

To read the opinions in this case, click here.

The case was heard before Circuit Judges Lourie, Mayer, and O’Malley of the United States Court of Appeals for the Federal Circuit and was assigned Case No. 2010-1544. The case was decided on November 14, 2014.