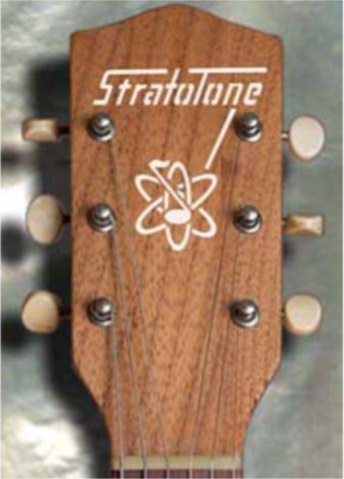 Fort Wayne, Indiana – District Judge Jon DeGuilo held that prior rights to the Stratotone trademark were abandoned and that the subsequent user held the superior right to the trademark.

This litigation arose as a result of a federal trademark complaint, filed in the Northern District of Indiana by Plaintiff Darryl Agler, doing business as The Stratotone Guitar Company of Fort Wayne, Indiana. The Defendant is Westheimer Corporation of Northbrook, Illinois. In the complaint, Agler asserted that Westheimer had infringed the trademark “STRATOTONE” (the “Stratotone trademark”), Trademark Registration No. 3,986,754, which has been issued by the U.S. Patent and Trademark Office.

The claims listed in Agler’s complaint were:

Westheimer counterclaimed, asserting that Agler was infringing on its rights in the Stratotone trademark as well as an additional trademark for “Atom.”

The court first addressed the Stratatone trademark. Agler asserted, and Westheimer conceded, that the Stratatone mark was protected and that Westheimer’s use of the mark was likely to cause confusion. The question for the court was which party had superior rights to the mark, as determined by whether Agler or Westheimer had priority to the trademark. That priority, in turn, was determined by who had established and maintained the earliest claim to the trademark.

It was undisputed that Agler had filed an “intent-to-use” application to register the Stratotone mark on March 7, 2006. Westheimer claimed that it had acquired rights that predated Agler’s 2006 application through its 2009 purchase of trademark rights from Harmony Industries, a third party that had used the Stratotone trademark at least as early as 2001.