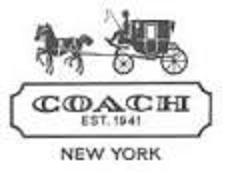 By way of summary judgment, the court had earlier determined in this Indiana trademark and counterfeit litigation that Defendants The Treasure Box and Hiatt were liable for the trademark infringement and trademark counterfeiting of Plaintiff Coach’s trademarks. The court’s summary judgment determinations also included a finding that “The Treasure Box and Heather Hiatt acted with knowledge and intent” that was sufficient to support enhanced statutory damages. In this opinion and order, the court fixed the amount due to Coach from Defendants.

Instead of requesting actual damages resulting from Defendants’ trademark infringement and counterfeiting within Indiana, Coach opted for statutory damages under §1117(c). It asked the court for damages of $100,000 for each of the 15 infringing marks, for a total of $1,500,000. The Treasure Box and Hiatt, unrepresented by counsel at the time, filed no response or opposition to Coach’s damages request.

The court first addressed the proper measure of damages. Statutory damages for trademark infringement and trademark counterfeiting under 15 U.S.C. §1114 are limited to:

Because the statute provides little guidance regarding what constitutes a “just” award, the court referred to the relevant factors under the analogous statutory damages provision in the Copyright Act, 17 U.S.C. §504(c). These considerations include: the profits reaped by the infringer; the revenues lost by the plaintiff; the value of the trademarks; whether the infringing conduct was willful; the duration of the infringement; and the potential deterrent effect on the defendant and others.

The court considered each factor in turn. It found that, because The Treasure Box’s operations were both brief and “even trivial” in scale, neither Defendants’ profits nor Coach’s lost revenue supported a large statutory damages award. Instead, the court cited Nimmer on Copyright for the proposition that statutory damages “should be woven out of the same bolt of cloth as actual damages.” “Statutory damages,” said the court, “should represent some approximation of actual damages and are not to represent a windfall to a prevailing plaintiff.”

In contrast, the factors of “value of the trademarks” and “willful conduct” weighed against Defendants. The court acknowledged that the Coach trademarks were valuable and noted that, in determining statutory damages, other courts had valued the trademarks at between $2,000 per mark and $30,000 per mark, for an average of approximately $14,000 per mark. Moreover, it characterized Hiatt’s infringement as having been pursued with “bold willfulness” with regard to her efforts to sell what she knew was knock-off Coach merchandise.

The last two considerations – duration of infringement and potential deterrent effect on Defendant and others – weighed against a large award of damages. The Treasure Box had operated for only three months, closing in late 2011. Such a brief term of infringement, as well as the court’s conclusion that Hiatt and the defunct The Treasure Box were now apparently beyond deterrence, militated in favor of lower damages. Regarding deterrence for others, the court stated, “Mom & Pop operators such as the Hiatts could doubtless be deterred from similar conduct by much less frightful sums than the $1.5 million Coach requests.”

The court concluded that an award of $3,000 per trademark for each of the 15 counterfeited trademarks at issue, for a statutory damages award of $45,000, was appropriate.

The court was also asked to award to Coach attorney’s fees of $14,780 pursuant to §1117(a)(3). This section permits a court “in exceptional cases” to award reasonable attorney’s fees to the prevailing party. The court first noted the ambiguity inherent in the placement of §1117(a)(3) within the statute. Specifically, subsection (a) addresses recovery for actual damages, while subsection (c) allows a plaintiff to opt for statutory damages. Here, Coach chose an award of statutory damages under subsection (c), which raised the question of whether the provision for attorney’s fees under §1117(a)(3) could be applied.

The only Court of Appeals to have addressed the question was the Second Circuit. That court concluded that subsection (c) offers an election as to the basis for damages, but not an election regarding remedies, including attorney’s fees. Thus, it concluded, a court could award attorney’s fees in conjunction with an award for either actual or statutory damages. Chief Judge Simon adopted the Second Circuit’s reasoning. He also determined that the definition of an “exceptional” case – for example, one in which “the losing party was the defendant and had no defense yet persisted in trademark infringement” – was also met, given the willfulness of Defendants’ knowing sale of counterfeit Coach goods and that Defendants had no viable defense.

In addition to the statutory damages award of $45,000, the court awarded attorney’s fees of $14,780 as well as expenses and costs of $1,076.16 to Coach. The judgments were entered against Treasure Box, Inc. and Heather Hiatt jointly and severally.

Practice Tip: Chief Judge Simon noted that Coach had a history of requesting statutory damages that were considerably in excess of what was eventually awarded by the courts in other cases. In Coach, Inc. v. Paula’s Store Sportwear LLC, 2014 WL 347893 (D.N.J. Jan. 31, 2014), Coach requested $800,000 in statutory damages – $100,000 for each of eight counterfeited marks – at a shop from which four counterfeit Coach wallets and two counterfeit Coach handbags had been seized. In that litigation for counterfeiting, the court noted that the retail value of the six counterfeit items was less than $1500 and awarded $5000 for each of the eight marks that had been counterfeited, multiplied by the two types of goods, for a total statutory damages award of $80,000.

Chief Judge Philip P. Simon of the Northern District of Indiana issued the order and opinion in this Indiana trademark and counterfeit litigation, Case No. 3:11-cv-00468-PPS.