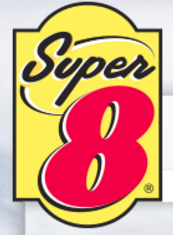 marks, some of which have been registered with the U.S. Patent and Trademark Office.  It estimates the value of the entity’s goodwill to exceed hundreds of millions of dollars.

Plaintiff Super 8 states that it entered into a franchise agreement with ALA in 2006 for the operation of a 51-room lodging facility.  Under the agreement, ALA was obligated to operate the facility for 20 years under the Super 8® marks.  ALA was also required to pay fees to Super 8 in connection with its franchise.

Plaintiff contends that ALA unilaterally terminated the franchise agreement by losing possession of the facility to Defendant CCH in July 2014.  In March 2015, Plaintiff demanded that ALA immediately discontinue its use of intellectual property owned by Super 8 and that liquidated damages in excess of $100,000 be paid to Plaintiff for the premature termination of the agreement.  Plaintiff states in its complaint that, despite multiple demands that Defendants cease identifying the facility as a Super 8 franchise, ALA and/or CCH has continued to use the Super 8 marks.

Indiana trademark lawyers for Plaintiff, in conjunction with New Jersey co-counsel, assert the following claims in this lawsuit:

Plaintiff is seeking a judgment that Defendants have intentionally infringed the Super 8 marks and have caused confusion in the marketplace.  It also asks the court for damages, including treble damages and $2 million in statutory damages, injunctive relief, costs and attorneys’ fees.

The case has been assigned to District Judge Philip P. Simon and Magistrate Judge Susan L. Collins under Case No. 1:16-cv-00435-PPS-SLC in the Northern District of Indiana.